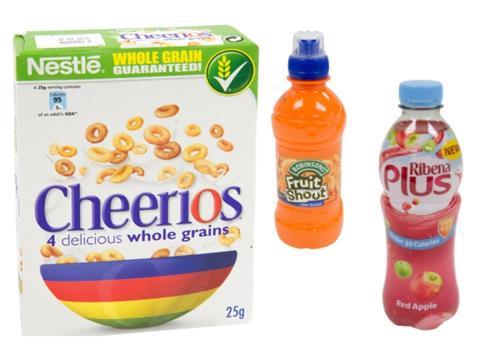 Fewer than one in 10 mothers trust the food and drink industry to make products that are good for their children - and two thirds want to see a legislative clampdown on unhealthy products, according to a new campaign launched by a leading children’s food brand this week.

Baby and toddler food company Organix claimed there was widespread suspicion among mothers about the honesty of marketing claims, and said many were “shocked” at salt, sugar and fat levels and the use of artificial additives in food and drinks aimed at kids.

It commissioned a survey of over 700 mums, which found that while they tried to choose nutritious meals for their children, most found it hard to make the right choices, with a third of parents struggling to understand the information about ingredients in products.

Three quarters (74%) said many food and drinks claiming to be healthy were actually high in salt, fat and sugar, and 71% thought the industry was driven by profit rather than the health of children, with just 8% trusting it to make healthy food.

The No Junk Campaign, launched today, names a number of leading brands that it claims contain unnecessary artificial ingredients or labels that could confuse consumers.

They include McVitie’s fruit rolls, which, despite boasting 40% apple-flavoured filling, is made up primarily of glucose-fructose syrup, sugar and glucose syrup, with concentrated apple fourth on the ingredients list.

Golden Wonder cheese and onion crisps are criticised for having 13 different ingredients, including monosodium glutamate. Robinsons’ Fruit Shoots is accused of being artificially sweetened to the extent it is like “liquid refreshment in a chemistry lab experiment.” Robinsons Double Strength Squash also comes in for criticism.

“We know parents are actively trying to buy food that is good for their children, but it’s incredibly difficult for them to do so,” said Organix MD Anna Rosier. “Children are being targeted with foods often high in salt, fat and sugar and the lack of transparent labelling and the complexity of labels is leading to a terrible lack of trust in the industry. Rather than wait for more regulation to happen we think it’s time the industry did something about it now.”

According to the survey by Mumpanel, 90% of mums think children eat too much junk food, 60% were angry at the amount of sugar found in savoury foods, while 67% were concerned about artificial additives in food targeted at children.

Terry Jones, director of communications at the FDF, argued the UK food and drink industry had led the way on labelling. “Labelling is a useful tool, which allows parents to check, compare and choose products to help their family to achieve a balanced diet, as part of a healthy lifestyle. And with the Food Information to Consumers Regulation shortly to come into force, consumers will benefit from even greater consistency and clarity in on-pack labelling,” he said, and denied that products aimed at children were unhealthy. “UK manufacturers provide individuals with a broad range of enjoyable, nutrition and safe products suitable for busy lifestyles and different dietary needs.”