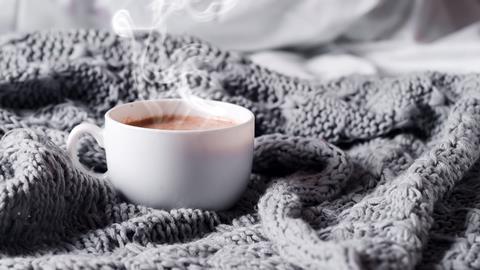 The new-wave sleeping aids: how food and drink is helping Brits drift off

As Brits struggle to get a good night’s kip, can sleep-promoting ice creams, milks and juices open up a new area of potential for grocery?

It’s hard to imagine a time when sleep wasn’t a national obsession. If Brits aren’t talking about how many hours they’re getting, they’re obsessing over the quality, or looking for tips on how to make it easier. So much so that kip is now the go-to topic of conversation over the office water cooler.

Still, all this talk doesn’t seem to be doing much good. Nearly nine in 10 Brits struggle to sleep to some extent, according to a Harris Interactive poll of over 2,000 consumers conducted exclusively for The Grocer. While 31% have trouble sleeping once or twice a week, three in 10 say it’s a near daily struggle. The more the nation focuses on sleep, the more elusive the perfect night’s rest appears to be.

So anything that promises to make that goal a little more achievable is big business. That makes it a perfect time for a new wave of sleep-promoting food and drink to enter the aisles. According to Mintel, there has been a 46% increase in the number of such products from 2014 to 2017. While that may be from a small base, Mintel’s global food & drink analyst Ophélie Buchet says there is definitely “a momentum”.

Until now, sleep claims have been largely limited to herbal teas. Chamomile tea has long been hailed an insomnia cure, while the likes of Pukka and Heath & Heather offer specialist night-time blends.

Teas may still make up the majority of the market, but now these claims are making their way into cold drinks, milks and even ice creams. These new-wave products are looking to position themselves as something a little more potent than a tea, but less clinical than a sleeping tablet.

One such product is Sleep Well milk, which made its debut in Fortnum & Mason in December 2017. It makes much of the clinical evidence behind its valerian content, but avoids medicinal-style packaging and also highlights its natural credentials. This was informed by the insight that “many people don’t want to take a sleep pill or powder”. 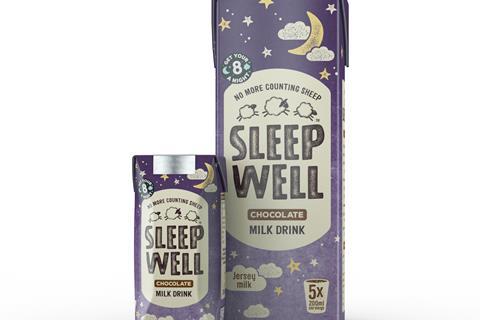 Made with whole milk from Jersey cows, honey and valerian, Sleep Well is available in vanilla and chocolate flavours 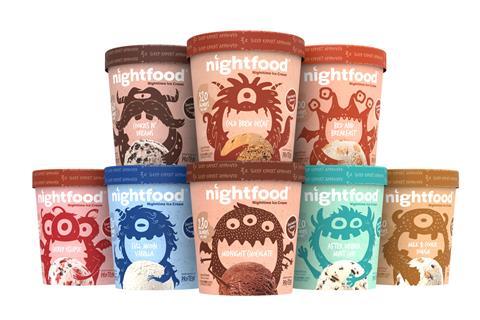 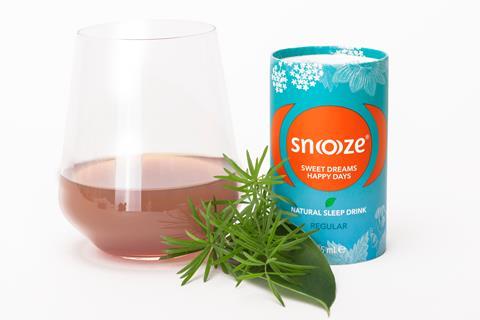 Natural sleep drink Snoooze, which is launching in the UK this spring, has a similar positioning. It stresses there are an “abundance of clinical trials” proving the efficacy of its ingredients, which include valerian, passionflower, lime blossom and lemon balm. The valerian content of its highest-strength drink – 1,200mg – is three times higher than the average herbal pill.

Yet it’s keen to distance itself from chemical sleeping pills. “This product is very much unlike sleeping tablets because it’s all natural and all herbal,” says founder Hans Vriens.

That could prove a powerful proposition. Sales of vitamins and minerals targeting sleep and stress are up 17% in value [Kantar Worldpanel 52 w/e 30 December 2018]. By contrast, actual sleeping aids have only mustered 2% growth. That insight has already inspired sleep displays at Sainsbury’s that focus on natural products, including self-help books, bubble baths and herbal remedies. 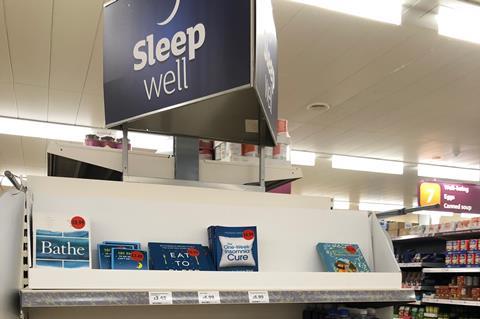 A sleep-focused display at Sainsbury’s Horsham

All this stems from a general worry about taking sleeping tablets. Our Harris Interactive poll found only 14% of respondents had taken prescription sleeping pills, and 74% said they would be either very worried or quite worried about their effects.

Mintel’s Buchet says this comes down to a “fear of hard science”. “We want functional products to be linked to ingredients that are more natural,” she explains. “In sleeping tablets, consumers are worried about side effects. It’s easier to go back to traditional remedies like chamomile or passionflower, because they think they won’t affect them so much.”

Indeed, Vriens names the lack of side effects as a key selling point behind his Snoooze drink. “The nice thing about herbs is they bring you through your natural sleep cycle so you don’t feel groggy the next day.”

On the flipside, these natural qualities are creating challenges of their own. Over a quarter of respondents in our Harris Interactive poll said they doubted the efficacy of sleep-promoting food and drink, while 22% thought they sounded like a gimmick. That’s despite the evidence behind many of the ingredients – nutritionist Lily Soutter, the official ‘tea-tritionist’ for Heath & Heather, points to the clinical studies behind valerian in particular. 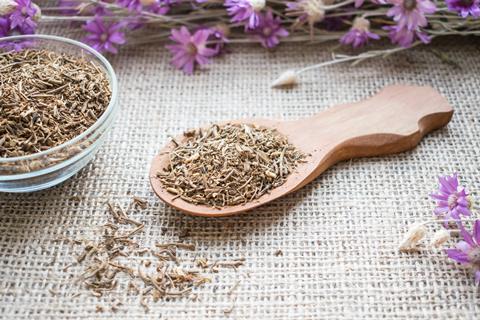 Mintel’s Buchet says these doubts could be down to the relatively new nature of the products. “I think there’s going to be a lot of initial hesitation,” she argues. “Consumers want to see softer claims and ingredients, but will they fully trust them? It’s interesting because these products are trying to mix both worlds – they are serious enough to have a claim, but they’re not sciencey like a medicine.”

Still, she is confident the market can be far more than just a fad. “I think there’s a potential for the longer term because of two things. Firstly, people are getting more conscious of their mental health and they’re willing to talk about it, which links to sleeping. Secondly, people are looking for botanical remedies rather than hard science.”

If these products can get the right balance between soft claims and hard science, they may just wake up some exciting growth.