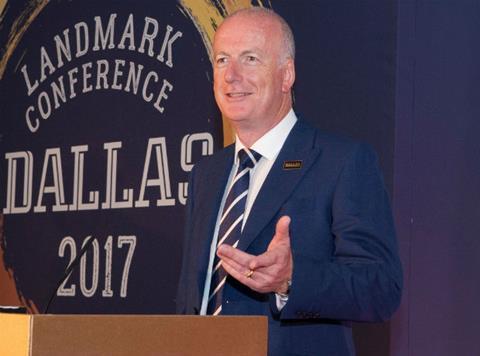 Landmark is looking to grow its Lifestyle Express symbol group by 70 stores a year and has launched a review of its entire own label range.

The push comes after the buying group undertook an audit of its Lifetsyle Express stores in an effort to build quality.

The review identified a “core estate” of 1,200 that are “capable of making” the “gold standard” grade.

Landmark is looking to refurbish 50 stores, as well add a further 70 stores a year.

“They’ll probably be another 200 to 300 stores out there that’ll have the Lifestyle Express name up, but they probably just won’t progress.”

According to The Grocer’s Grocery Retail Structure, the number of Lifestyle Express stores has fallen 6% to 1,490 in the past year.

“We are going for stores that are between 700 sq ft to 1,200 sq ft, whereas a Spar store is north of 1,000 sq ft to 2,500 sq ft. By the very nature of the fact we are going for a smaller store is where we can add some value for the kind of returns that are required to get to that standard.”

A new promotional booklet and planogram for the stores will launch in January.

Landmark created its Lifestyle Express fascia 12 years ago - which Mills admitted was a “bit late in coming to the party”.

“But it hadn’t been updated, and I think we had lost of some of the co-ordination between our central office, our membership, and those stores to keep the continuity and to keep it going. It’s not a finite thing. It’s like a database. The moment you have it, it’s out of date. You have to keep going.

The buying group is also undertaking a year-long review of its own-label range.

It currently has about 450 SKUs, but Mills said it had “over proliferated” and that number was likely to fall.

“To me the point of own label is to be a default purchase to a brand,” he said.

The review will look at developing the branded range into new categories, such as sweets and snacks, as well as setting a new benchmark on quality, packaging, and price.

“But in some areas we might decide to relaunch a category from Lifestyle into a soft brand,” added Mills.

“I don’t need to and don’t want to present Landmark as a big brand to anybody. It’s a business to business brand, it’s not a business to consumer brand. I don’t care if you’ve never heard of Landmark as a consumer. I do care if the product you’re buying which we have created for you isn’t making you want to come back and try it again.”

Mills said consumers want to be seen as “smart” and “not cheap”.

The review will also look at improving on the 400 SKUs it currently offers in foodservice.

“Foodservice is a huge opportunity for us and we are just going to go hammer and tongs at it,” said Mills.