In the week following the extremely tight deadlines given for responses to the CMA on Booker-Tesco, there are developments that already give very early notice of the consequences for the entire grocery sector of failing to stop the proposed merger.

Sainsbury’s is notably quick off the mark, clearly anticipating much of the fallout I have already predicted, and keen not to get left behind by Tesco. Already it is pursuing franchising its brand, something almost unthinkable until very recently. It has been mentioned several times as a bidder for P&H, and appears as I write to be in pole position to acquire Nisa. 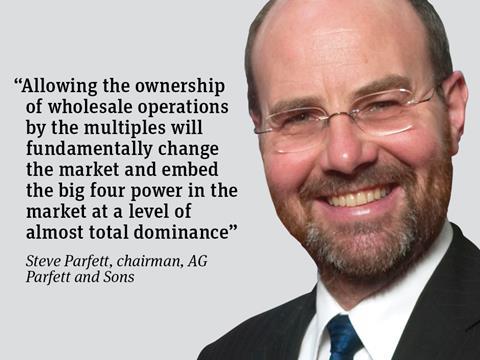 Whether members of the mutual will agree remains to be seen, but the rumoured price tag of £130m for a currently loss-making wholesale business may prove decisive. Making my predictions even more scarily accurate, Sainsbury’s decision to demand 20% additional cost price reductions from branded suppliers, on top of the already proven price advantage the big four enjoy over the rest of the market, is even more aggressive than even I might have anticipated.

Does the low key arrangement between Morrisons and P&H on own brand presage a possible much deeper future ambition? Is the rumoured counter bid by the Co-op for Nisa - one that for me might have greater synergy - now dead in the water, despite its apparent willingness to match or outdo Sainsbury’s? How might Asda/Walmart react?

What is clear to me is that despite the CMA having taken a ridiculous amount of time to decide it needs to consider the matter, it now faces a decision that is going to shape grocery for years to come. The previous failure of successive Competition Commission inquiries to deal with the abuse of power by the big four to achieve buying prices 14% better on directly comparable purchases means this: allowing the ownership of wholesale operations by those same multiples will fundamentally change the market and embed the big four at a level of almost total dominance.

The issues are not about Tesco-Booker alone. The remaining three have no option but to respond. While signalling a dramatic and unprecedented additional pressure on, and decline in, the independent retail market, neither is this the only other issue. The resultant further pressure on suppliers will further suppress consumer choice.

Unless the CMA faces up to the true consequences of these developments, I predict a big four market share in excess of 70% in the foreseeable future, with most of the balance in the hands of discounters. That is emphatically not a scenario achieving true consumer benefit.