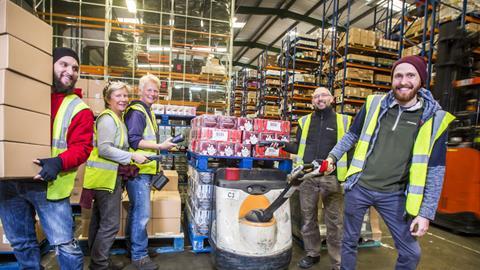 Suma: the co-op that shares the health and the wealth

Suma Wholefoods does business differently, with everyone earning the same wage and having a say. Now, with interest in plant-based on the rise, it’s set fair to capitalise

I always joke that if co-operatives ran the banking sector you’d have never had the 2008 financial crash,” says Jenny Carlyle, strategic personnel officer at Suma Wholefoods. “Though you probably wouldn’t have made as much money either.”

After all, if the Yorkshire wholesaler ran the banks there’d be no bosses, no fatcats and equal pay for all, from the stockbroker to the doorman. It would be a workers’ co-operative with a flat management structure where everyone has a stake - and a say - in the success or failure of the business. That’s the way it has worked at Suma for more than 40 years.

It might be hard for some to get their head round but “it’s actually really simple,” says Carlyle. “Everyone gets paid the same hourly rate. Whether you’ve been here for 40 years, or have just started on a fixed-term contract in the warehouse, everybody gets the same.”

It’s an approach that also shuns fixed roles, opting for ‘multi-skilling’ instead. Carlyle, for instance, might spend most of her time in HR, but just spent the morning “emptying bins”. Buyer Deb Bedford mixes procurement with a spot on the management committee, while Sheree Hatton, the company’s brand co-ordinator, has also worked in invoicing and marketing. All will have done a stint in the Halifax warehouse too, packing up deliveries from among 7,000 products to 5,000 customers in the UK and abroad.

“As a buyer, if I’d never worked in the warehouse, I probably never would’ve seen half the goods I’m buying or have any concept of how they were being delivered in, picked out and shipped out,” explains Bedford. “That all-round knowledge makes you a better buyer.”

It does have its downsides, all admit. Such as getting everyone to agree. “But when we eventually reach a decision it’s probably a better-quality one.” 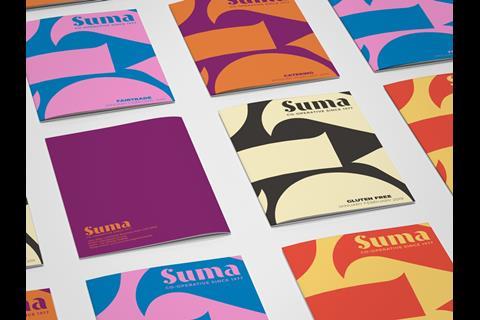 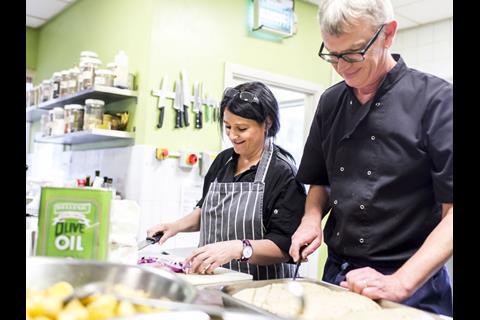 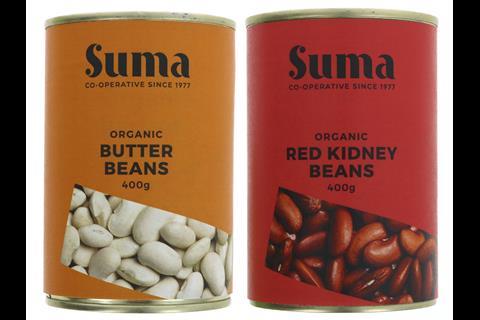 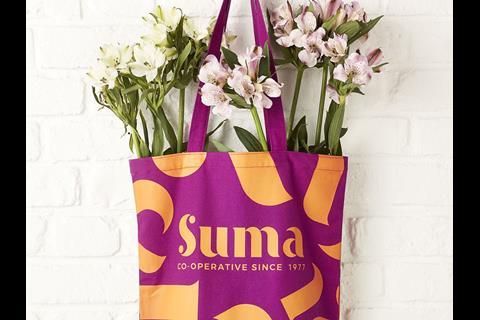 The model clearly holds huge appeal. “Since I’ve been here the fewest applications we’ve had for a role is 120 and the most is 550,” says Carlyle. It works financially too, with four decades of “continuous growth”. Sales were up 8% to £54.5m, in 2018, one of only two years in the past six that hasn’t seen double-digit growth. Since launch, Suma has weathered the lows of three recessions, and enjoyed the peaks of the “Gillian McKeith years” in the early 2000s. Now, there is surging interest in plant-based, ethical foods.

“You want vegan products? We’ve got 5,000,” says Bedford. “It’s the same with gluten-free.” Collaborative partnerships rather than “screwing your suppliers into the ground” is part of the co-op’s operating principles too. “We’ve never done that. Yes, it may have cost us some profit over the years but we’ve got some fantastic supplier relationships. I’m really pleased that’s now filtering into the wider business market.”

That change could be a double-edged sword though, with a new raft of competition when it comes to ethical, plant-based products. It’s one of the reasons behind a new, slicker look for its own-brand lines, a range that has evolved from “terribly worthy” adzuki bean ready meals to a 1,300-strong lineup that boasts quite a few firsts. “The first organic chopped tomatoes, recycled toilet roll, organic soups…” lists Hatton.

A league of their own: inside Camden’s alternative grocer

Over the years, “we’ve tweaked and amended and looked at different designs. But as we’re getting bigger we want more consistency. We want to reach big customers and end consumers and be known as a brand.”

This growth also meant the rebrand was one of the first projects where all 300 members of staff didn’t battle it out for consensus. “Not everybody has had that level of input, which again was quite a shock to a lot of people,” says Hatton. Instead, they could influence “the main decision and then trust the team working on it. We all have very different opinions on what will sell well visually.” Was that tough to communicate? “Let’s just say my skin has got very thick in the past few months.

They might have to get used to it. Carlyle doesn’t see any slowdown in the shift toward demand for businesses like Suma, and therefore the opportunity to grow more. “We can’t go on in the way we have, and a lot of that is about how we consume. We’ll have to change the way we think, and doing things ethically, collaboratively and co-operatively, for me at least, is the only way it’s going to change. What we’ve been doing for years will have to become more mainstream.”