Wholesalers and retailers should prepare for a challenging 2016 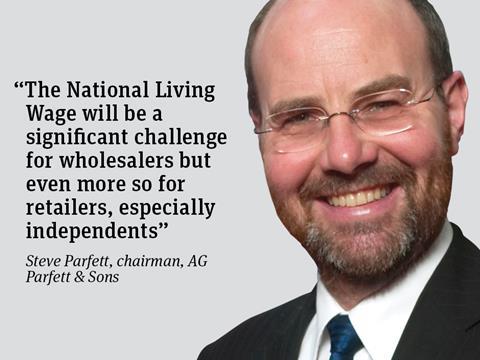 It is time to look forward to a new year - and even at this early stage there are plenty of things on the horizon to challenge wholesalers and independent retailers.

Before the year even started, we had been subject to disastrous floods. The longer-term consequences are serious and for some small businesses potentially fatal, whether insured or not.

For wholesalers, January brings the long-awaited starting gun for the Alcohol Wholesaler Registration Scheme designed by HMRC with significant input from FWD as a means of marginalising the rogue criminal wholesalers prospering as a result of duty fraud. Registration starts from 1 January and we hope this scheme will be a significant barrier to illegitimate businesses.

We hope HMRC will take as robust an attitude to registration as it has to some bonded warehouses and acts decisively to refuse registration to criminals. The scheme will have the full support of legitimate wholesalers and we await results with interest, though I am somewhat concerned at the relatively low penalty regime (at least in financial terms) for non-compliance.

In April comes the introduction of the initial Living Wage at £7.20 per hour. This will be a significant challenge for wholesalers but even more so for retailers, especially independents. While the principles of making work pay and trying to halt the tendency for ever-increasing rewards to the highest-paid executives rather than the shop floor workers has to be right, it will put additional pressure on small businesses.

An added concern for wholesalers will be the apprenticeship levy to be introduced in April 2017, creating a further tax on payroll of 0.5%.

In May 2016, the first stages of both plain packaging and the introduction of EUTPD II will come about with production restrictions for suppliers in advance of the huge changes to both packaging, pack sizes and flavour variants in May 2017. The EUTPD changes (on top of plain packaging) are so significant that three-quarters of the current range of rolling tobacco on sale now are non-compliant, as are 21 of the top 25 bestselling cigarette packs in independent retailers. While we hope AWRS will help against illicit alcohol, I firmly believe the only beneficiaries of these tobacco changes will be criminals in the tobacco market - the market is moving further and further from legitimate sales and more and more towards a free for all, including smuggled brands and dangerous counterfeit product.

I have already run out of space on issues facing us before considering Brexit, sugar taxes and packaging waste to name but three. Happy New Year!