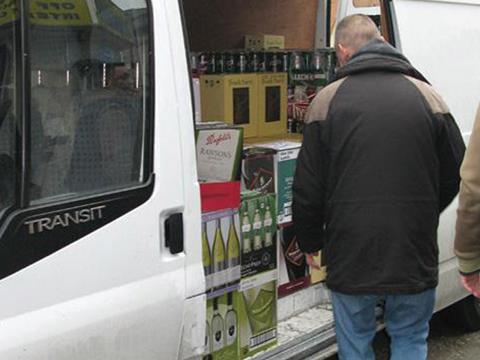 Eight alcohol wholesalers have won the right to continue trading without a wholesaler licence, amid growing criticism of the new Alcohol Wholesaler Registration Scheme’s implementation.

The High Court last week ruled the businesses should be able to trade while they appeal HMRC’s late decision to reject them from the AWRS, just a month before the scheme became mandatory on 1 April. The companies argued they had been left with insufficient time to stage an appeal, which can take six to nine months.

Without a High Court intervention, they would have been unable to sell alcohol during that time, leaving one owner suicidal over the prospect of losing his family business. The affected companies will now be temporarily registered on the AWRS until their appeals are decided.

Matthew Whyatt, MD of Liverpool law firm Alexander Whyatt and legal representative of two of the eight companies, said HMRC’s late refusal could easily have resulted in insolvencies and job losses. “These companies all registered properly - before 31 March 2016 and in accordance with the rules at that time - yet HMRC’s decision on whether or not to approve them was received more than 12 months after that application,” he stressed.

The decisions were based on interviews with HMRC last year - sometimes lasting as little as half an hour - and Whyatt said some reasons for rejection were “inconsistent”.

Whyatt said the time taken by HMRC to process applications was “unbelievable” considering it expected 20,000 applications and received around 7,000. The insolvency specialist is now acting on behalf of six more alcohol businesses, which received rejections two days before the scheme came into force.

HMRC allows businesses in this situation to sell off stock for 45 days after 1 April, but Whyatt said this didn’t work in practice as “no-one is going to buy from you if you aren’t registered”.

Whyatt called on HMRC to review the process, which was devised in 2013 to clamp down on the fraudulent alcohol trade. “I accept that there are bad elements in any industry and I understand the notion of trying to stop that,” he said. “But I think the appeal system doesn’t work if someone’s going to be shut down the whole time they’re waiting. The business isn’t going to survive.”

The FWD, which pushed for AWRS, said the “vast majority” of firms that applied for the scheme gained approval before 1 April. “The HMRC had over 7,000 applications and 83% of them were approved,” said David Visick, director of communications at the FWD.

An HMRC spokesman said: “We are involved in a small number of cases where traders whose applications for approval have been refused are seeking to have the period during which they can continue to trade extended. This is being dealt with through the normal legal dispute resolution process.”