It is business and it's personal: a way to consider bad news 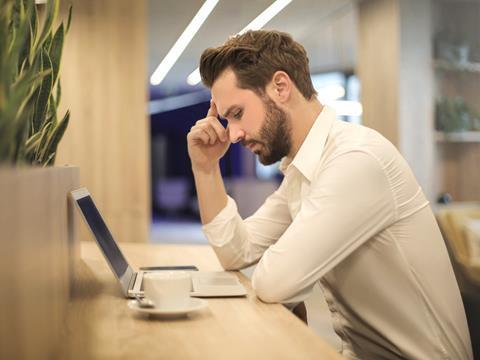 “It’s not personal, it’s business,” is a familiar phrase, always accompanied by bad news. This week I was on the train with someone who had just been made redundant, and had been told exactly that. But to her, of course, it was extremely personal.

I was on my way to see a comedian who does a very personal show, and was struck by the double bravery of her standing up in front of an audience, and then going on to reveal her true self in front of them. Any criticism of the show is therefore a double blow to not only her professional skills, but also who she is. No words or emojis can convey the terror of this idea to me.

On the journey home I had plenty of time to think, thanks to Southern Trains, and to wonder where this idea that the concepts of ‘business’ and ‘personal’ are somehow totally distinct and separate came from.

My conclusion, reached without the benefit of the internet, because my phone battery was very low, was that it’s a cop-out on the part of the person giving the bad news. Only a sociopath enjoys handing out a personal attack. For the rest of us, it’s way easier to deliver bad news if we can hide behind the shield of ‘business’.

But to say it is ‘not personal’ is to undermine and dismiss the loyalty, trust and integrity that has been built up over the years of employment. Relationships are personal and are fundamental to doing business. The proof of this, in case anyone disputes it, is the continuing value of face-to-face meetings in the digital age, and the very existence of offices, when theoretically we could all be at home Skyping in.

The nuance is in the difference between being made redundant not being personal (it is) and about not taking it personally. By this I mean that losing your job is personal - it is going to be a blow. Nobody wants not to be needed nor to be unemployed. But it doesn’t mean that you have failed or that there is something wrong with you.

The comedian told us that heckles about her being a lesbian still hurt. It couldn’t be more personal. But she now knows it’s the heckler who has the problem.

So next time someone says “it’s not personal, it’s business” know that it’s about them, let go and move on. Unless it’s Don Corleone, in which case run for the hills.