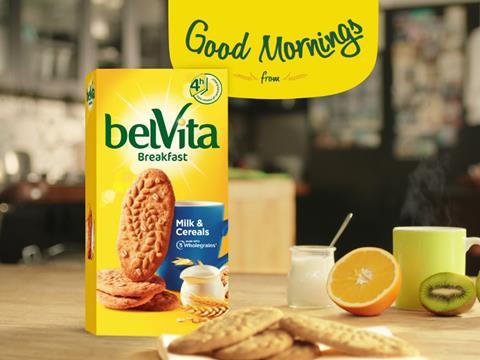 BelVita’s rise has been nothing short of incredible since it first burst into the British biccie market seven years ago. Not only did it create an entirely new sector, breakfast biscuits, now it’s within a hair’s breadth of breaking into the top 100. NPD BelVita Soft Bakes was the biggest growth driver in 2016, and the range was extended with the introduction of Soft Bakes Choc Chips in single-serve 50g packs. In January BelVita launched Good Mornings, a £4m TV campaign.