Cheddar sales dropped like an, er, anchor in 2016 after the brand lost all of its supermarket listings bar Asda 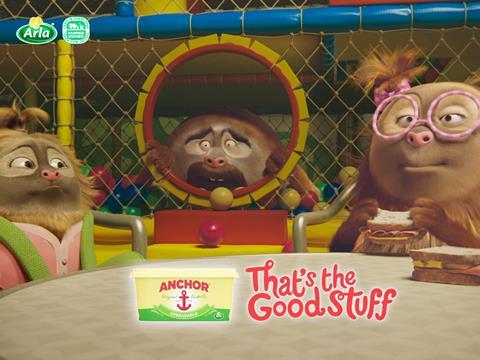 Cheddar sales dropped like an, er, anchor in 2016 after the brand lost all of its supermarket listings bar Asda, which has since followed suit in swinging the axe. Anchor Cheddar will plough on in convenience but it’s a major blow for the brand which initially performed so strongly on its return to the fixture in 2013, but failed to sustain a clear point of difference in a category that has been a target for ruthless range rationalisation.

Butter sales are also down with Spreadable, which accounts for the bulk of sales, shedding £1.9m in sales, and Salted and Unsalted block butter down £1.6m and £500k respectively.

Despite the downturn in sales, Arla says it was happy with the performance of the Anchor portfolio in 2016. “We have seen positive switching gains with shoppers coming into Anchor from dairy spreads and expect this trend to continue in 2017 as consumer trends towards more natural, simpler products continue,” says a spokesman.

And while it’s true that shoppers are moving away from dairy spreads – Flora (58) sales are down 12.2% – it appears that Lurpak (14), rather than Anchor, has been the main beneficiary.