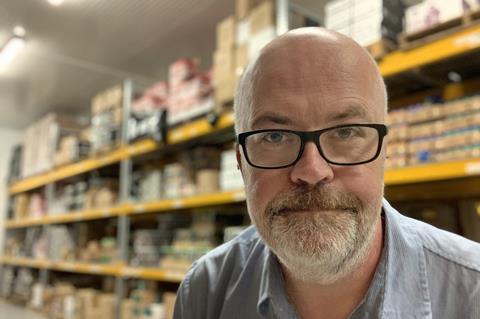 It will deliver cold-chain beer in kegs, cans and bottles, offering same-day delivery to businesses across London, operating from a refrigerated warehouse the brewing giant purchased from collapsed indie retailer The Bottle Shop when it called in the administators in July.

Breweries supplying Beer Hawk will be given seven-day credit terms rather than the standard 30-day terms. It is offering £50 credit to retailers as an opening offer.

Morgan said: “Simple science dictates that beer is happier when it’s stored below 6°C. It keeps the flavour as the brewer intended and stops beers refermenting, which means more beer is poured rather than fobbing foam down the drain.”

The Bottle Shop was one of several well-known, crowdfunded craft beer businesses to collapse this year. Others included Redchurch Brewery and Beer Boutique.

AB InBev (through its inncubator wing ZX Ventures) did not purchase The Bottle Shop business, but swooped for much of its assets, including the refrigerated warehouse and hundreds of thousands of pounds worth of stock.

Proceeds from the stock sale would be redistributed to The Bottle Shop’s creditors, Morgan stated at the time of the administration.