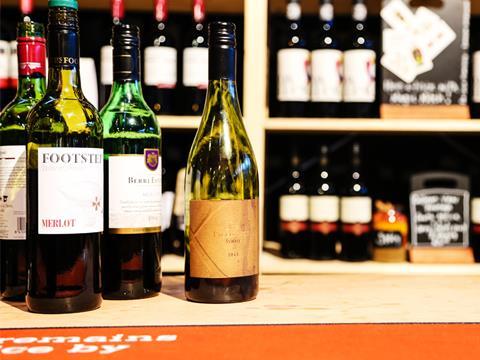 Will it be the end of bargian booze prices in Scotland?

Consumers can buy more than the weekly recommended limit of alcohol for the cost of a small latte in Starbucks, according to a new survey by health campaigners.

The Alcohol Health Alliance (AHA) released examples of the “pocket money prices” available to drinkers, days ahead of a landmark case due to come before the UK Supreme Court to decide whether introducing a minimum unit price for alcohol in Scotland is legal.

The AHA found that products across the market are falling well below the 50p per unit mark recommended by health and alcohol bodies.

A year ago the charity published a similar survey of alcohol prices across the UK, which found an abundance of cheap drinks being sold in shops and supermarkets, with high-strength cider available at the lowest prices.

The follow-up review carried out this month in England, Scotland and Wales found that these cheap prices remained “largely unchanged”, with products across the market still falling well below 50p per unit.

The cheapest wine surveyed in 2016 was found to be even cheaper in 2017, available for just 31p per unit.

Plans for a minimum unit price for alcohol of 50p per unit were passed by the Scottish parliament in 2012 but faced a legal challenge from the alcohol industry. The Welsh government recently announced plans for MUP and the proposals are also being considered in Northern Ireland.

The AHA said today’s figures provided “yet more evidence” for the need for minimum unit pricing to be introduced across the UK.

“It is frankly unacceptable that it is possible to buy enough alcohol to exceed the new recommended alcohol guidelines for the price of a high street coffee,” said AHA chair Professor Sir Ian Gilmore. “We need minimum unit pricing for alcohol so that the damage being done by the cheapest products to the most vulnerable in society can be brought to an end. We hope and expect that following the hearing on minimum unit pricing next week, Scotland will be given the green light to introduce the policy.”

Gilmore added: “It is imperative that the UK government now legislates for MUP, so that England does not get left behind the rest of the UK. The Westminster government expressed its intention to introduce minimum pricing five years ago, but has still not delivered on this commitment. “The evidence is clear - minimum unit pricing would save lives, reduce hospital admissions and cut crime. In addition, it would disproportionately benefit the poorest groups. Studies show that eight out of 10 lives saved through minimum pricing would come from the lowest income groups.”