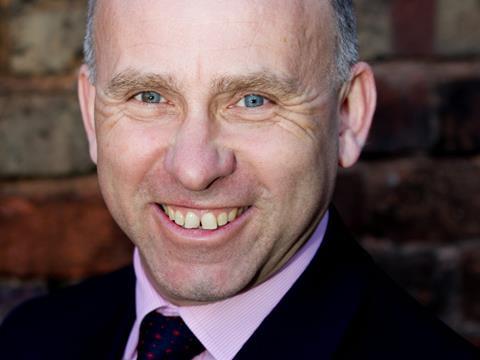 Aston Manor Cider is aiming to grow its premium sales “30-fold” over the next three years following a string of investments in its orchards and facilities.

If that sounds like an ambitious multiplier, Aston Manor MD Gordon Johncox is quick to admit the company’s share of premium cider is “very small” at the moment.

“We’ve got good credentials in premium,” he says, “but we’re not famous for it, we’re famous for other elements of the portfolio.” While these include a large own-label business and a number of brands, the biggest of those other elements is white cider Frosty Jack’s.

But its upmarket aspirations aren’t out of the blue - in June it was the only large producer to win a gold medal at the International Cider Challenge for Malvern Gold. The following month it added the 7.4% abv small batch Friels First Press Vintage (rsp: £1.99) to its range.

Growing the range is one of a series of moves Aston Manor has made in the past two years to put itself on a firmer footing for the future. In late 2013, it announced it was planting 1,000 acres of orchards - equivalent to about 400,000 trees - which Johncox believes will transform the business’s ability to tap consumer demand for provenance and authenticity.

“If you look at cider at the moment, ubiquity is no longer a quality,” he says. “Consumers and retailers want products with provenance, with a high degree of traceability, which of course you have when you’re sourcing your own fruit. Having a greater percentage of our raw materials coming from Herefordshire, from England, enables us to satisfy the provenance and quality aspect consumers and retailers value so highly.”

Once planting of the new orchards has finished in 2016, Aston Manor will have 1,400 acres in total, which could eventually provide up to 40% of the juice used in its cider. But this increased volume of fruit meant it was vital for the company to invest in processing, too.

“We had a small press in Malvern, which is where our orchards have been, but it didn’t have the capability we needed,” says Johncox, “We wanted to invest in new technology, and that wouldn’t have had the capacity to cope with all the fruit the new contracts are going to deliver.”

Enter the new £7m processing facility at Stourport-on-Severn near Kidderminster, Worcestershire. Aston Manor acquired the site on the banks of the River Severn in 2013, a proportion of fruit (around 6,000 tonnes) was pressed there last autumn as a trial, and its first full season of operation is under way now. The quantity of fruit pressed is expected to rise to around 35,000 tonnes annually within six years.

As well as pressing, the site is used for concentrating juice - and the plant’s process for cooling concentrated juice uses water extracted from the River Severn. The water is drawn from the river in pipes, circulated through the plant, and returned to the river one to two degrees warmer than when it left. “It effectively stops us having to take water from the main,” explains Johncox, “which has three benefits. First, it takes pressure off the main supply. Second, it’s more economical for us. And third, it’s more environmentally friendly since we’re not putting water down into the sewage.”

The advantages of ramping up in-house juice production might be clear for fancy brands, whose consumers are motivated by provenance and tradition, but is it such a big deal for Frosty Jack’s or Aston Manor’s next largest brand, Crumpton Oaks, which sell for £1.44 and £1.29 per litre respectively - both lower than even the average for own label?

He’s proud the Woodgate Cider that Aston Manor makes for Lidl was one of the products featured in the retailer’s blind taste test TV campaign this summer.

One thing that’s clear is that Aston Manor is taking a gamble by putting all its eggs in the apple basket - when most apple cider brands are in decline and many fruit ciders still in growth. Johncox is combative about this strategy, though: “I think it’s fair to say there’s been disproportionate focus from a lot of manufacturers on fruit. It was seen to be the big new thing in cider.

“What you’re seeing with fruit is a bit of a leaky bucket. Most of the new shoppers that are coming into cider by fruit are not engaging with the category beyond fruit. About 25% of all cider category shoppers buy only fruit cider, not apple or pear, but they only account for 11% of spend [Kantar Worldpanel June 2015].”

He also says that while 8% of fruit cider drinkers in the past year were new to the category, 6% of existing ones actually stopped buying it. In contrast, he’s adamant brands such as Frosty Jack’s have real staying power - although sales are down 8.7% [Nielsen 52 w/e 10 October 2015].

“By volume it’s still the second-largest cider in the UK,” he says. (Although Strongbow Dark Fruit isn’t far behind, with 26.7 million litres to Frosty’s 28.3)

“It’s not sold through the mults, so it’s almost become an independent and convenience retail brand. And to achieve that status just through that trade channel is quite extraordinary really.”