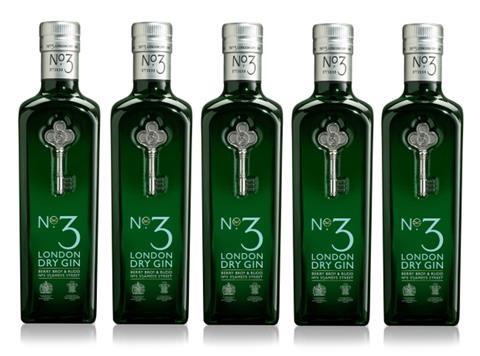 Berry Bros & Rudd has launched a limited edition bottle of its No.3 Dry Gin, in a tie-up with comedy spy film Kingsman: The Golden Circle.

The retailer has produced 5,000 bottles of the 49% abv spirit featuring the movie’s insignia inside the ‘o’ in No.3 – a “subtle nod” to the film, of which several scenes were shot at the retailer’s St James’s Street base (rsp: £42/70cl).

The gin is available from Berry Bros & Rudd, in store and online, from today (18 September).