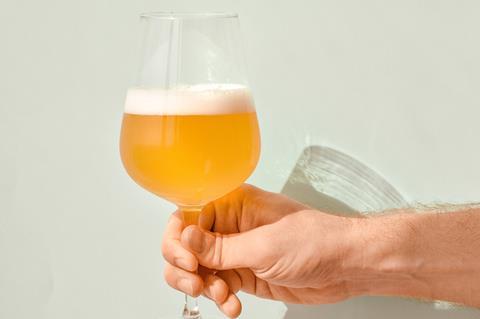 Shoppers knocked back1.3 billion litres of booze over the past 17 weeks, compared with 2 billion in the same period a year ago

Brits have lost their thirst for booze during the coronavirus crisis, with alcohol intake almost cut in half after pubs and restaurants were forced to shut down, according to new figures from Nielsen and CGA.

Supermarket alcohol sales jumped by £1.9bn in lockdown as shoppers stocked up on beer, the data reveals, but shoppers actually consumed 1.3 billion litres of alcohol over the past 17 weeks, compared with 2 billion in the same period a year ago.

The Nielsen data showed, in the 17 weeks of lockdown to 11 July, UK consumers spent £7.7bn on alcohol in UK supermarkets – an increase of £1.9bn year on year.

However, the lack of on-trade business, with restaurants, pubs and cafés closed, led to lower volumes for brewers overall.

The research comes as brewing giant AB InBev this morning reported a dramatic 18% decline in second-quarter group revenues to $10.3bn (£7.9bn) as global volumes slumped 17% in the three months to the end of June. Combined global sales of its Budweiser, Stella Artois and Corona brands fell 16.6% and by 12.6% outside of their respective home markets as a result of the pandemic.

“With an average of 46% of all alcohol spend typically going towards on-trade retailers such as pubs and restaurants, many consumers have shifted some of this spend to supermarkets during the lockdown period,” said Gemma Cooper, senior client business partner at Nielsen.

But, she stressed, “While there is a perception that lockdown has been a boozy one and that we’re consuming more alcohol than normal, this is far from the case.

Without being able to go out or socialise with others during the peak of the pandemic, and no access to dine-in pubs or restaurants, we have seen a natural decline in alcohol consumption even as at-home drinking increased.”

Beer was the most popular drink of the lockdown period, with sales totalling £2.2bn during the full 17-week period, Nielsen added. This is an additional £737m spent overall on beer in supermarkets compared with the same time last year.

In the week ending 30 May, which included a bank holiday weekend, beer sales soared to £167m, surpassing all weekly figures recorded in the past three years.

While standard lager offerings remained in stable growth, adding £164m in value, more UK shoppers traded up to more premium brands during the lockdown, resulting in a £452m jump for higher-end options.

In contrast, sales of champagne, which is largely reliant on promotions for supermarket trade, fell by £9m.

Cooper said: “Beer has unequivocally been the drink of lockdown, and UK consumers have also enjoyed exploring beyond their usual brands and opting for more premium options.

“Now that many pubs and restaurants have reopened, it will be interesting to see how consumers’ alcohol spending adapts. While some will be desperate for the comfort of the local pub or the atmosphere of a restaurant, many are likely to remain cautious for the time being, choosing to drink at home with friends and family for a little while longer.”