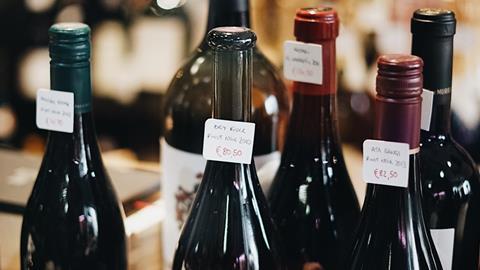 Does Brexit really spell death for the booze cruise?

As if parliament’s hijinks weren’t enough to contend with, Brexit is apparently sending Brits flocking across the Channel in numbers that rival the invasion of Normandy.

Just ask Majestic, which last week reported a sales surge of 49% at its two Calais superstores for February. The owner of the Calais Wine Superstore, meanwhile, told The Guardian he had “never seen anything” like the crazed clientele flooding his store ahead of 29 March. Sacré bleu!

MPs may have voted to take no-deal off the table, but given the government’s chronic lack of ability to get a deal through parliament and amid the uncertainty of whether Theresa May could actually procure an extension from Brussels, there is still a chance of Britain ‘crashing out’. This week’s vote, after all, is not binding.

If that happens, then the likelihood is that the UK shoppers will once again be able to buy booze and cigarettes duty-free when travelling to and from the Continent. But it’s not as simple as that.

Excise duty is a massive cost and getting rid of it could mean a major boost for the travel retail industry. Indeed, says Martin Moodie, founder of the Moodie-Davitt Report, “duty-free from and to the UK is a big deal as Brits are notoriously big spenders on duty-free – particularly cigs and liquor.”

Hence some travel retail businesses are already licking their lips at the thought of a return to WTO rules. That Dufry, the world’s largest travel retailer, last year signed a long-term contract with P&O Ferries to take over its retail offer is not insignificant.

The question for those retailers is whether they equalise prices for European and world travellers as duty-free comes back into force in Europe. “Whether they keep prices low or put them up is another question,” says one industry source. “Currently if they want to equalise prices they have to accept different margins, but if it was just one product with no duty paid down the supply chain they wouldn’t have to mess around with margins to obtain profitability.”

However, while no-deal could make buying booze in the airport cheaper, it would significantly reduce the volumes of alcohol sold not just in airports, but in the countries people are flying to and from.

Leaving the single market would mean accepting WTO rules, under which shoppers face strict allowances on the amount of booze they can purchase in transit. Customs allowances currently stand at 16 litres for beer, four litres for still wine, one litre for spirits over 22% abv, or two litres for fortified wine and booze up to 22%.

This means duty-free “could become quasi-monopolistic”, warns the source. “People could just say ‘stuff the vineyard’ and buy duty-free because of allowances.”

Allowances totally eliminate the booze cruise because there’s no saving to be made on volume. There would simply be no point in travelling to Calais to buy four bottles of plonk (unless, perhaps, you live in Dover).

Admittedly HMRC has said it wants the current duty-free structure to remain the same between the EU and UK even if there is no deal. But this would mean applying one rule to EU countries and another to the rest of the world, which is in breach of WTO rules.

It would take some legislative gymnastics to achieve this, considering any exporter selling to the UK from outside the EU could complain to the WTO because the UK would, in essence, be offering travellers from specific regions a privilege others don’t have.

Even a deal that allows us to keep plundering the boozy troves of Calais has a downside. If Brexit, whenever it finally happens, sends our currency crashing downwards, then the amount saved on booze cruises will be hit regardless – though UK alcohol duty is so high it will still likely amount to a saving. (Which raises the question: why doesn’t the government simply lower alcohol duty? Our levels are already higher than most of Europe).

Still, while it’s probably too early to herald the death of the booze cruise just yet, one thing’s for sure: stocking up on wine, like so much else in these uncertain times, is going to get more complicated.

Which for upmarket vineyard-raiders, Majestic’s horde of ’millennial booze cruisers’ and the good old-fashioned ‘van full of Aldi plonk’ brigade alike, can only be bad news.