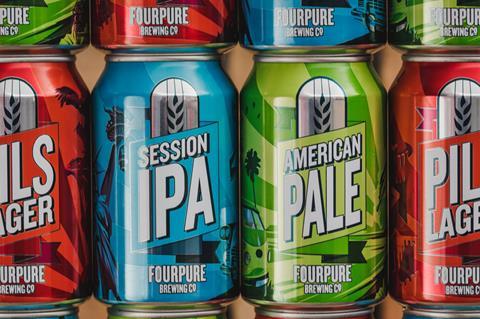 London-based craft brewery Fourpure is planning the second major expansion of its Bermondsey site in two years, The Grocer can reveal.

Fourpure plans to extend its brewery, “reorganising the site so that at one end we’re brewing, we have the taproom in the middle, and customers can see the cellars and our packaging operation on either side”, according to the brand’s co-founder and CEO Dan Lowe.

Fourpure’s capacity, meanwhile, will rise to 66,000hl per annum - that’s 6.6 million litres. “It is a good step up for us so that we can continue the growth of the Fourpure brand,” said Lowe.

It comes just two years after Fourpure ploughed £2m into expanding its base in 2017, bringing its square footage to 25,000 sq ft and quadrupling its capacity.

Fourpure has been one of the biggest winners of the craft beer boom - its brews are listed in Tesco, Asda, Waitrose and Ocado. The brewery last year sold its business to Australian drinks behemoth Lion.