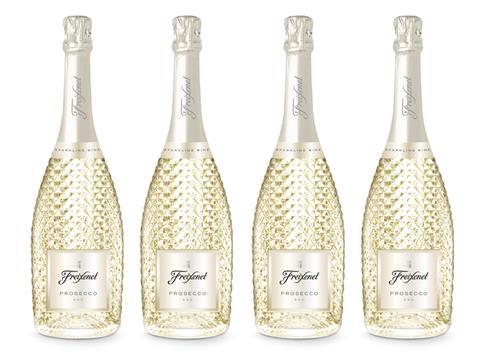 Freixenet is poised to launch its own Italian sparking wine (11% abv) into Tesco in early July, with an eye to extending its presence into further retailers, having rolled out into Ocado in late April (rsp: £12/75cl).

The tipple was produced in Italy’s Veneto region with glera grapes and had “fresh, floral and citrus aromas, along with flavours of ripe lemon, green apple and grapefruit”, Freixenet said.

The brand had “identified a need for a high-quality product that would appeal to the nation’s vast base of prosecco drinkers”, it said. It unveiled the NPD, which also launched into Scandinavian markets in April, at Travel Retail shows over the past year.

UK and global travel retail marketing director Liza Madrigal added: “We’re confident in this new product bringing us even closer to becoming the number one choice for sparkling wine with consumers.”

The brand plans to support its new wine by taking a vintage van to showcase its portfolio at music festivals.