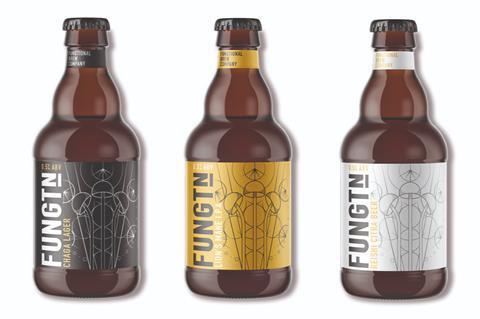 Fungtn’s 0.5% beers are brewed with mushrooms

Brewed with myco adaptogens (medicinal mushrooms), the beers (0.5% abv) are said to deliver functional and positive benefits with every sip.

The startup will initially launch Lion’s Mane IPA, Reishi Citra Beer and Chaga Lager (all rsp: £3.20/330ml), which roll out from 16 August.

Fungtn said myco adaptogens were known for their health benefits and had been used in medicine for thousands of years, with no psychedelic properties. In the beers, they resulted in an “enhanced depth and body, fuller viscosity” and a “classic beer mouthfeel”