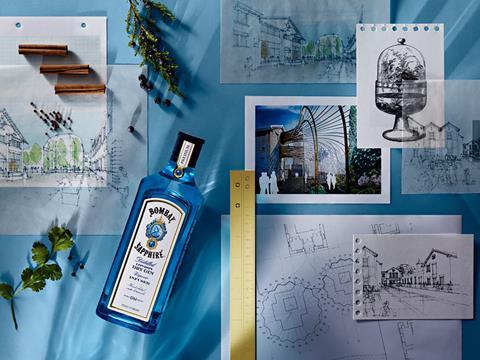 Brits have knocked back an extra 2.7 million litres of supermarket-bought gin in the past year as the renaissance of ‘mother’s ruin’ continues.

“Gin is hot right now and we’re seeing an appreciation of that from retailers,” said Amanda Almond, MD of Bacardi Brown Forman Brands, whose Bombay brand has delivered the sector’s greatest growth this year, worth £21.9m [IRI 52 w/e 16 July 2016].

“There’s no sign of this slowing down. We’re seeing a growing appreciation for premium gins in the on-trade, which suggests there’s long-term growth to be had in the off-trade. In a year’s time we will still be talking about gin being hot.”

The average price of gin has inched up 0.4% to £18.82/litre in the multiples, excluding the discounters, as the supermarkets increase their reliance on craft gin brands in an effort to cement a point of difference from rivals.

“The supermarkets want to offer brands that are not just quality but have interesting stories to tell,” said Portobello founder Jake Burger. “In the last 18 months we’ve started with Tesco, which saw a big bump for us. Waitrose has supported us from the very beginning and is still our biggest customer.”

Brockmans Gin claims its total sales are up 51% to £2.9m. “The business is absolutely flying,” said CEO Neil Everitt. “Drinking habits have changed dramatically and there have been winners and losers from this. Consumers are drinking out less but trading up when they do.”

It’s not only premium gins that are flying. Cheaper lines such as Greenall’s and Bombay Dry - initially launched in Sainsbury’s in 2014 but since rolled out more widely - are also in strong growth as they’ve competed with market leader Gordon’s on price.

Gordon’s has lost share, managing value growth of 3.3% on volumes up 5.4%. “We’ve launched a fresh new look for Gordon’s that brings the quality and heritage of the brand to the fore through a redesigned label and embossed bottle,” said Diageo off-trade sales director Guy Dodwell.