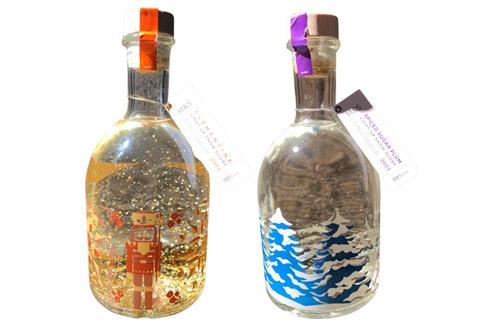 The alcoholic drinks ‘were being sold as a novelty’, which was ’against the principle of the Portman rules, stated the complainant

The Portman Group has rapped Marks & Spencer for a duo of snow globe gin liqueurs it ruled risked appealing to under-18s.

After being switched on, the lights only operated for a limited amount of time. As a result, one could “imagine the ‘do it again!’ cry from children, just as happens with a toy or Christmas decoration with a similar mechanism”, the complainant argued.

The alcoholic drinks “were being sold as a novelty” which was “against the principle of the Portman rules”, they argued.

In response, M&S said the drinks’ names, colour, images, flavouring, gold/silver flakes and lighting had been designed to appeal to those over the age of 18.

The light-up feature was designed to “enhance the premium nature of the product” and was not “a novelty, toy, or something that should be used by children”, it said.

The light turned off to preserve the battery life and “was not designed as a means of entertainment or to appeal to children”, argued M&S.

Additionally, the images on the products – depicting snowy trees and toy soldiers – were inspired by The Nutcracker Ballet, which was chosen as a theme as it was “a Christmas ballet with ubiquitous appeal that captured the spirit of Christmas”, it added.

The Portman Group’s Independent Complaints Panel ruled they had “a particular appeal to under-18s” overall, due to the illustrations, interactive light-up feature and silver/gold flakes that created “a strong association with a snow globe”.

The panel also stated the products “did not communicate the alcoholic nature of the product with absolute clarity”, as the product description and alcoholic strength featured on a swing tag around the neck of the bottle, which could be easily removed.

Marks & Spencer said it did not agree with “the panel’s interpretation under the code but, given their view, we will work with the Portman Group to make some changes to our gin globes in future”.

Copper In The Clouds gin ruling 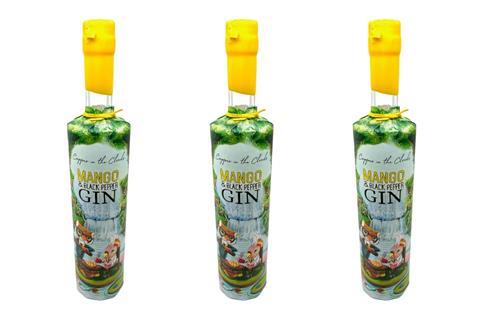 A third gin product, Copper In The Clouds Mango & Black Pepper Gin, was also brought before the panel after a member of the public argued the “colourful” and “anthropomorphic” characters on pack would “appeal to children under the age of 18”.

This complaint was also upheld by the panel, which considered “the artistic representation of the tiger and parrot with large eyes prominently displayed on the front of the bottle and the gift-wrapped nature of the product meant that that the product had a particular appeal to under-18s”.

Independent Complaints Panel chair Nicola Williams said she encouraged “all producers to think carefully about the overall impression conveyed when designing a product that could inadvertently appeal to under-18s”.

“All three products in question had multiple contributing factors in this regard, including their use of child-friendly images and illustrations,” Williams added.

In light of the rulings, both Marks & Spencer and Copper In The Clouds owner JG Drinks are working with the Portman Group’s Advisory Service.