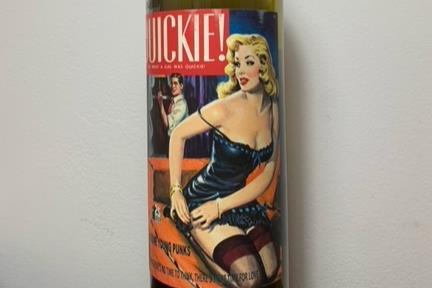 The Portman Group has ruled against a wine brand for using “objectifying and demeaning” artwork on its bottle.

A complaint against Quickie wine, which is made by Australian winemaker Some Young Punks, was made to the watchdog by a member of the public who argued it was sexist and that the brand’s name “could encourage excessive or fast consumption” of the drink.

The drink went before the watchdog’s Independent Complaints Panel, who ruled its artwork – which features a woman in lingerie – risked causing “widespread offence”.

“The panel considered that the gratuitous, sexualised image of the woman on the front of the bottle was objectifying and demeaning to women and caused serious offence based on gender and sex,” it said, citing rules in its code that state drinks should not “suggest any association with sexual activity” or “cause widespread or serious offence”.

However, it did not agree that the brand’s name encouraged rapid consumption, and instead had been used in reference to sexual activity.

Some Young Punks winemaker Col McBryde told The Grocer the brand had “outlined our case with regard to the breaches and obviously there was never any intention to breach the code from the outset of adorning that wine with that label - bearing in mind we’ve had the Pulp range of wine available since 2006 and Quickie first appeared in 2008 as a wine of ours”.

“As it would happen, we had been working the past few years on a re-design of the Pulp wines and at the time we were informed of the breach to the code we had actually already finished redesign process and the labels were in at the printer.

“The new package is quite a departure from the previous. So the 2018 was the last vintage we made of Quickie under that guise. We think wine should be fun and enjoyable, our intention is not to cause offense, merely to entice conversation and engage with wine drinkers, new and old.”

A second product, Little Pomona Table Cider, was also brought before the panel, after a member of the public argued the illustration of a “little girl” on its pack and the use of the word “little” in its name was problematic. 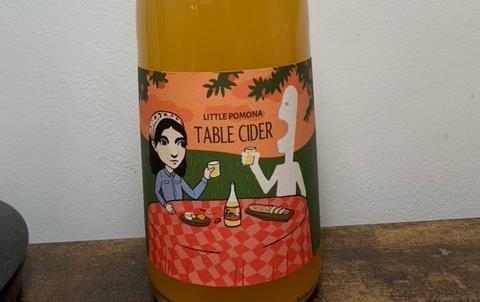 However the panel decided its branding was not “particularly immature, cartoonish or childlike” and was not likely to have “particular appeal to under-18s”.

It also ruled that as the age of the character was ambiguous, the branding did not breach its rule 3.2(i), which states that branding should not depict anyone “under 25”.

The panel decided that the use of the word “little” was not problematic in this context and that “the clearly printed abv and descriptor ‘Table Cider’, meant it was clearly an alcoholic product.”

Susanna Forbes, co-founder of Little Pomona Orchard & Cidery, said: “We have always taken the issues of both responsible drinking and the prevention of under-age drinking very seriously.

“We’d like to thank the Portman Group for taking into account our company’s ambition to elevate the profile of cider using appropriate language and imagery,” Forbes added.

Chair of the Independent Complaints Panel, Nicola Williams, said that both rulings were “fair and reasonable”.

“We continue to diligently apply the stipulations of the code, including when assessing two very different products against a varying range of rules”, she added.