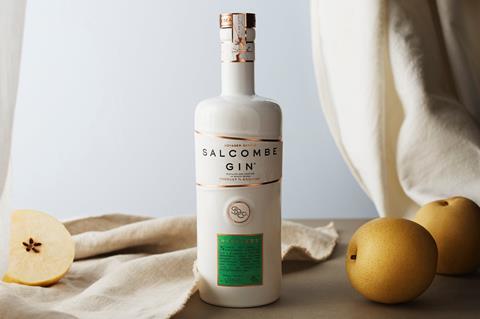 Salcombe Gin is launching what is claims is the world’s first gin to use kombucha as a liquid botanical.

The gin, called Restless (46% abv), has been crafted in collaboration with two Michelin-starred chef Niall Keating, and had been inspired by his passion for Asian cuisine, according to the distiller.

It has been made using Keating’s own blood orange kombucha made at Whatley Manor, distilled with English wheat spirit before adding more kombucha and 15 botanicals before being distilled again.

Salcombe Gin said the kombucha added a “delicate sweetness with a tang of blood orange and a touch of vanilla”, while the Asian spice botanicals added sweet, smoky notes.

Salcombe Distilling Co co-founder Angus Lugsdin said Keating was “one of the most exciting and prodigious chef talents in the world”, and Restless offered “exceptional exotic flavours for discerning drinkers who want to be taken on a taste journey across the globe”.