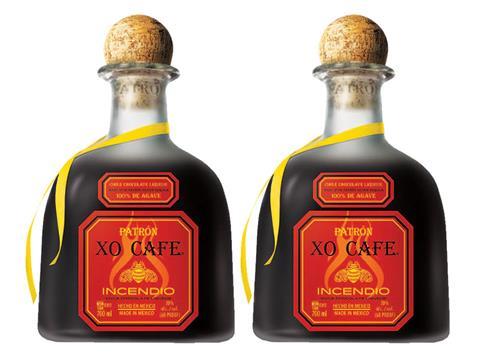 Patrón is leading the charge of Mexican high-quality tequila producers

Tequila may be shedding its reputation as student shot-fodder as UK sales of the Mexican spirit boom.

Tequila volume sales in supermarkets grew 7% in the 12 months to 31 December 2016, with 5% in value growth worth £13m throughout the year, according to figures from the Wine & Spirit Trade Association (WSTA).

“The trend is moving away from shots and strongly towards high-quality, combination cocktails and increasingly sophisticated sipping products,” said Miles Beale, chief executive of the WSTA.

“Additionally, there is a growing popularity of craft cocktails being enjoyed in bars and then recreated in our homes.”

Twenty-one per cent of UK consumers drunk tequila or fellow agave-based spirit mezcal over the past 12 months, peaking at 45% of consumers aged 20 to 24, according to Mintel.

Additionally, 37% of consumers who drank tequila did so straight, while 43% drank it with a mixer and 37% as part of a cocktail, Mintel reported.

“The UK tequila market is belatedly experiencing a trend that has long been established in the US: the reinvention of tequila as a sophisticated and nuanced spirit, rather than a cheap and tacky party shot which needs lemon and salt to make it digestible,” said Mintel drinks analyst Jonny Forsyth.

“Mexican producers - led by Patrón - have changed tack and are now exporting high-quality tequila rather than the commodified mass-scale tequila of the 1980s and 1990s.”

This meant that instead of ordering “generic” tequilas, customers were being introduced to variants such as oak barrel aged Añejos and 100% agave tequilas, he added.

“Many brands also have an interesting story to tell, including small batches and traditional production techniques that lend tequila an authentic charm.

“Tequila’s smokier cousin mezcal is also one to keep an eye on, but the major learning from the US market is that the reinvention of the tequila category is likely to happen but will take time.

“For example, it took the US market at least a decade.”