Aldi to roll out loose veg trial in England 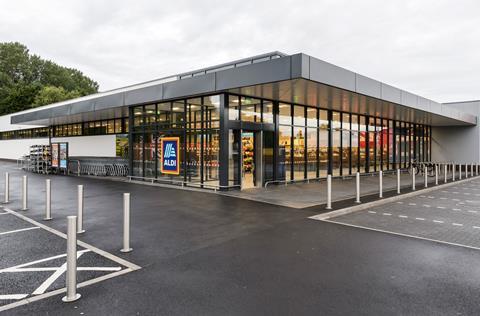 Aldi is rolling out a loose veg initiative trialled in Scotland to stores in England.

The discounter started selling five lines - savoy cabbage, red cabbage, white cabbage, pointed cabbage and cauliflower - without plastic wrapping in Scotland earlier this year. It’s set to do the same in parts of north east and south east England from next month, ahead of rollout to all stores by the end of the year.

The trial in Scotland is claimed to have already saved more than three tonnes of plastic. Extended across all 830 UK stores, the saving will be over 100 tonnes a year, Aldi said.

“The trial of so-called ‘naked’ vegetables has had a very positive reception in Scotland and, as a result, we’re now looking to extend this trial into two of our regions in England,” said Aldi MD of corporate responsibility Fritz Walleczek.

Aldi also announced today it had completed the removal of black plastic from core fresh fruit & veg lines, swapping it for easier-to-recycle clear plastic. The exercise began last August, in a step towards ditching black plastic across Aldi food ranges by next year.

“Where we can, our aim is to remove unnecessary plastic entirely without leading to unnecessary food waste,” said Walleczek.

“Where we can’t do that, we are committed to ensuring that packaging doesn’t end up as waste by ensuring that all ours is recyclable, reusable or compostable.”