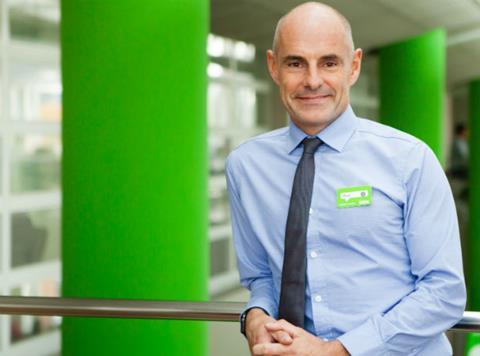 Roger Burnley has told suppliers the retailer is still “too expensive”

Asda’s new CEO Roger Burnley has told suppliers the retailer is still “too expensive” despite its recent Rollbacks and must shift towards even more of an everyday low price position if it is to combat the rise of the discounters.

Speaking to suppliers at its IGD trade briefing in Harrogate, the former Sainsbury’s retail and operations director, said the major round of price cuts launched last month would be stepped up in the months to come.

However, Burnley also categorically ruled out the prospect of Asda looking to roll out a discount format, amid speculation that its biggest supermarket rival Tesco is planning such as move in a bid to take on the discounters.

Asda launched a new round of Rollbacks last month, slashing prices across 1,000 everyday items, with cuts of up to 50 per cent.

The supermarket claims that it will help families cut their weekly shop by almost £14 and Burnley said the key to his strategy was to make Asda more trusted for its everyday prices.

However, that would not include the launch of any new discount or convenience model, Burnley pledged.

He is understood to have told the event last week: “We are not going down the convenience or smaller format route. We’ve been there, done that and it didn’t work.”

Asda execs told suppliers at the event they predicted the market share of the discounters to grow by another 5% by 2022 and that they were determined to make the comparative cost of an Asda basket cheaper.

Lorente also told the event that Asda planned to step up its support for innovation among own label suppliers.

The supermarket is set to launch Asda Innovation Awards and is also promising to match fund NPD by new suppliers who bring exclusive product development to Asda.

But suppliers said the main emphasis of the Asda leadership’s presentation was price.

One said; “The whole focus of the event was very much about price and about how Asda says it needs to become even more of an EDLP retailer if it is to fight back against the discounters.

“I didn’t see anything radically new from the leadership which is going to set them apart from their rivals. They clearly think it is all about price, which is a mistake.

“The fact is that if they try to be a discounter there is going to be only one winner, Aldi.”

Another supplier added: “Trying to compete with the discounters is a boat that has sailed. It’s vital that Asda does something other than invest in price cuts, it needs partnership with suppliers.”

However, other suppliers were more impressed.

One said Burnley had come across “as the best Asda chief executive for many a year. He was actually quite contrite and admitted to the mistakes of the past, such as major reductions in SKUs which cost it badly. As they always do, he said the plan was to work more closely with suppliers but I did get the sense that there would be more of a partnership going forward.”