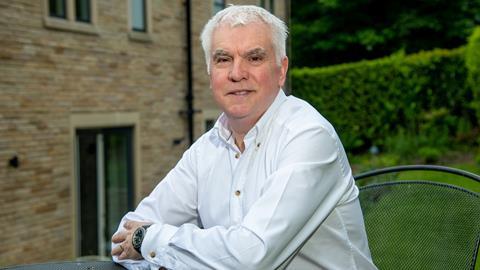 Tim Smith on the UK’s Trade and Agriculture Commission, intervention and food standards

As chair of the Commission, Tim Smith advised on food’s role in Britain’s future trade deals. Did anyone listen? It remains to be seen

The Yorkshire-born Tim Smith is not often prone to hyperbole. Not a bad trait, you’d have to say, from a veteran of some of the top jobs in the food industry. That kind of measured approach could come in handy in pressure-filled roles like CEO of the FSA or Tesco group quality director.

So as he reflects on his recent spell as chair of the UK’s Trade & Agriculture Commission, it is all the more striking to hear Smith’s stark assessment of the risks of undermining food standards in any future trade deals with countries like the US or Brazil. “The very fabric of our society is at risk if somebody’s doing a trade deal that doesn’t take notice of the things, like animal welfare and climate change, valued most by citizens and the sector.”

Smith is speaking from his home in Sheffield, reflecting on his tenure as head of the commission set up in 2020 to “advise and inform the government’s trade policies” as it strikes out as an independent nation for the first time in decades. Liz Truss established the body after years of newspaper headlines that the UK planned to accede to US requests to allow chlorinated chicken and hormone-treated beef to enter the UK. The commission would, Truss said, help “ensure UK farmers do not face unfair competition” by undermining production standards.

The body issued its final report in March last year, putting forward 22 recommendations that balanced a “liberalised approach to opening up trade combined with a safeguarding of standards”. Yet this year, with farmers claiming recent trade deals with Australia and New Zealand could threaten their livelihoods due to an influx of cheaper goods produced to lower standards, some are left questioning whether the commission was ever anything but smoke and mirrors. Even Smith is not immune to such doubts. “You do always wonder whether you’ve had any real impact,” he says.

Potted CV: Currently chairman of Cranswick and non-executive director of Pret a Manger. Formerly chair of the UK’s Trade & Agriculture Commission. A board member for Natasha Foundation, Leeds University, and Farm Africa. In the food industry for over 40 years including CEO of the Food Standards Agency, group quality director at Tesco and CEO, Arla

Ultimately though, Smith is optimistic. Talks with Australia and New Zealand were already well advanced when the commission began its work, he says, and so were never going to be too influenced by it. The real judge will be in the UK government’s trade strategy from here on out. “And if all we’ve done is help the negotiating officials to see the world in a different way then that’s not a bad thing. If we also got some political impetus then that will be helpful.”

What emerges from Smith’s analysis is not a commentary on current British trade strategy per se, but rather a more fundamental point around how the narratives and approach of all sides need to evolve if the British food industry is to reach its true potential.

When it comes to farming, for example, rather than arguing simply that British food standards are the best in the world and need protecting in trade deals, Smith believes “we must be much more interested in listening to other countries about why they do something a particular way rather than just saying they shouldn’t”. This is particularly true when it comes to the environmental impacts of farming, he says, where many countries employ different farming techniques simply due to different climate, geography, and local conditions.

While Smith understands the nervousness surrounding issues such as chlorinated chicken, he believes the focus on it detracts from spending more time thinking about more important issues like exporting. “The opportunities for Britain to export high-quality food to the rest of the world are bigger, and should get more airtime, than what we’re worried about importing,” Smith says.

A bit of an interventionist

It is in the political sphere though where Smith has his grandest ideas for change. Based on a model employed in Scandinavia, Smith wants the UK government to form a Cabinet subcommittee for food in which all the relevant secretaries of state are represented, from Rishi Sunak in the Treasury to George Eustice in Defra and Sajid Javid in the health department. With food now at the heart of some of the greatest crises facing the nation, from a cost of living crunch to an environmental catastrophe, this model would allow the “whole gambit of government interventions” to be considered and form a long-lasting strategic framework for food that transcends the existing model of just one department making change. “The only time I can recall it happening in my recent experiences was when they were introducing the soft drinks levy,” says Smith. “The Treasury was leading with Defra and the Department of Health in the room supporting, and it gave a genuine sense of momentum and direction and purpose.”

On the whole though, Smith believes the problems in food policy arise because the exact policies that could give citizens healthier food or farmers the confidence to invest in the future, all too often fall foul of a political system based on an electoral cycle of five years. 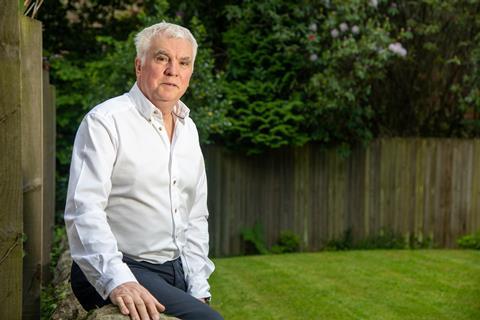 “Someone needs to convene the group of people you need, get them in the room, and identify what the solutions could be”

“The government needs a farmer’s perspective on this which is a 25-year timeframe,” says Smith. “Unless you do that, as many times as the Trade & Agriculture Commission meets, as many times as you have a Henry Dimbleby report, unless it’s got that political leadership which comes from the top, then it’s something that will fragment or certainly risk disappearing at the next election.”

Smith is a self-confessed “interventionist” when it comes to government involvement in food matters. As the CEO of Arla, he observed the “significant market failure” that came from the contradictory forces of wanting to keep a lid on prices while simultaneously not wanting dairy farmers to go out of business. Similarly today, says Smith, there are growing calls to stop using crops and grains to make biofuels as one lever that could help ease a global supply crunch.

“You need a big picture solution to that,” says Smith, “which is probably someone in the bowels of Defra running the numbers and saying: ‘hang on a minute, we are short of good quality animal feed and yet we’re diverting volumes of that grain to ethanol production. Do we really need that? Is that where the nation’s priorities are?’

“That’s the sort of intervention I’m talking about. I’m not talking about diktat. But someone needs to convene the group of people you need, get them in the room, and identify what the solutions could be.”