Lost your dog? Try a spritz of Peperami 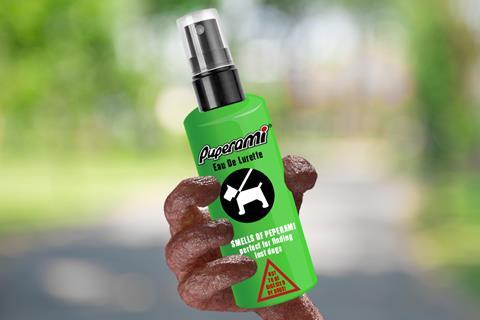 Heart-warming news came last week from Edinburgh, where a woman found her lost dog, Coco, using the power of Peperami.

Sarah Adams found her hound after it responded to a whiff of the meaty treat. She was then able to hoick it out of the hole it had fallen into.

Peperami reacted quickly, unveiling a ‘Puperami eau de lurette’ – a pork-scented spray with purpose. “Simply spritz in and around the areas of interest” when looking for your lost dog, says Peperami, and it might help tempt it (or any other passing dogs, presumably) to surface.

Anything’s worth a try, we suppose! Of course, should it work, you’ll then have to contend with a disappointed dog who’s expecting a snack instead of a spray, but Peperami says it isn’t designed to be digested by dogs anyway, so just take a suitable treat with you.

And if you don’t have a dog, or you do but it isn’t lost, then you could always wear it as a perfume. We all know someone will.