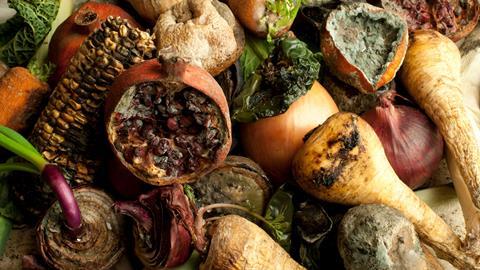 Is the Conservatives’ promise on SAWS expansion enough?

Boris Johnson can’t cook. “Whack it in the microwave, gas mark four, prick the lid, put it in,” he told supporters at the launch of the Conservative Party’s general election campaign in Birmingham this week, as he compared his Brexit deal to a microwave meal.

But while the PM clearly didn’t pay attention in home economics, he has been listening to concerns raised by British growers in recent months. According to the Sunday Telegraph, the Conservative party has pledged to quadruple the number of workers on the Seasonal Agricultural Workers Scheme (SAWS) pilot if it returns to office after the general election.

It follows heavy lobbying from British growers and farmers, who warn the government’s existing scheme won’t solve the sector’s mounting labour crisis. So what’s the industry’s view on this latest pledge?

The two-year SAWS pilot was first announced in September 2018, five years after the original scheme was scrapped by the coalition government.

It was hailed as a “major victory” by the UK agriculture industry, which had pressed for a SAWS amid fears Brexit could lead to a shortage of seasonal workers. However, growers raised concerns that the 2,500 permits fell “significantly short” of what would be needed.

Since then, the labour crisis has deepened, with The Grocer revealing last month that “thousands of tonnes” of fruit and vegetables had been left to rot in fields after migrant workers either failed to arrive or left early due to Brexit uncertainty.

So the Conservative Party’s pledge to expand the SAWS, increasing the number of non-EU workers allowed into the UK for temporary work from 2,500 to 10,000 in 2020, has been welcomed by growers.

While it is a “positive interim step”, however, more needs to be done to ensure the sector has enough labour in the long term, warned British Growers Association CEO Jack Ward.

“What we need to do now is work out what the long-term immigration policy is going to look like and see how it fits together with the seasonal workers scheme,” he said.

“We need to make sure we’ve got adequate people available to harvest crops.”

British Summer Fruits chairman Nick Marston agreed that while the extension of SAWS is “extremely welcome”, it only addresses the current shortages facing the industry. “Further increases will be needed in the medium term,” he warned.

Currently, about 70% of the UK’s 80,000-strong horticulture workforce comes from Romania or Bulgaria [AHDB]. Brexit uncertainty has already dealt a major blow to that EU workforce, with NFU figures for August 2019 showing a 17.6% labour shortfall, despite companies recruiting up to 25% more people as an insurance policy against no-shows.

So the NFU insists the SAWS should be expanded to reach 70,000 workers “as soon as practically possible”, says NFU horticulture and potatoes board chair Ali Capper.

For its part, Labour has yet to make a specific announcement on SAWS. Shadow foreign minister Emily Thornberry told BBC Radio 5 this week her party would introduce “managed migration” for EU nationals after Brexit, despite Labour passing a motion at its September conference to “maintain and extend free movement rights” for EU citizens.

All of which suggests that, despite feeling the heat from the UK agriculture sector, the two major parties are still a long way from having ‘oven-ready’ post-Brexit immigration plans.