'Lack of understanding' by government over labour, warns Produce Investments 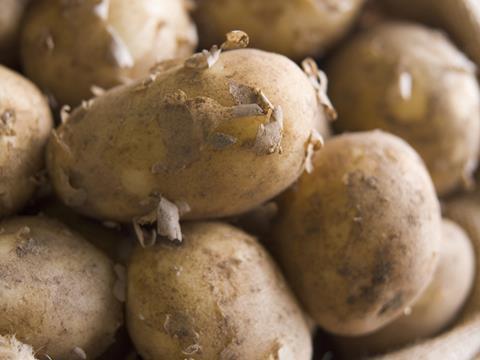 The government has failed to grasp the severity of labour shortages in the fresh produce sector, according to the boss of Greenvale Potatoes owner Produce Investments, who has warned shortages will ultimately lead to inflation.

“Our overriding concern at the moment is the lack of action within UK politics over this issue,” said Produce Investments CEO Angus Armstrong. “It’s now becoming serious”.

Speaking to The Grocer as Produce Investments announced an 8.1% rise in revenues for the year to 1 July, Armstrong said the supplier was now experiencing a tightening in the supply of seasonal labour “across the business”.

“We’re currently confident about where we go to regarding seasonal labour, in both our daffodil and potato business, but there is definitely a tightening of supply and I think we have been slow as a country to wake up to this issue,” he added. “There is a lack of understanding into what is required by the food sector on a political level.”

As a result of a shortage of labour, Produce investments was now looking towards a greater drive towards automation.

“We now have to look at what labour we require, why we require it, and try to remove as much of that labour requirement as possible,” Armstrong said. “We also need to look after our people properly, so if the source of cheap labour is drying up we need to look at how we employ people and ensure they feel welcome and want to stay.”

There was “no doubt” shortages would ultimately lead to inflation in labour costs and the potential for inflation in store, he added. “It’s inevitable.”

It comes as Produce Investments reported a £15m increase in revenues to £200.1m in 2016/17, driven by a resurgent second half of the financial year.

Although the planted area for UK potatoes increased by just over 4% in the 2016 harvest, below-average yields resulted in a 4% reduction in the total crop to 5.2 million tonnes. This led to higher pricing for potatoes, and coupled with strong demand helped boost the supplier’s bottom line.