Beef, cheese and veg 'to soar 30% without zero tariff deal' 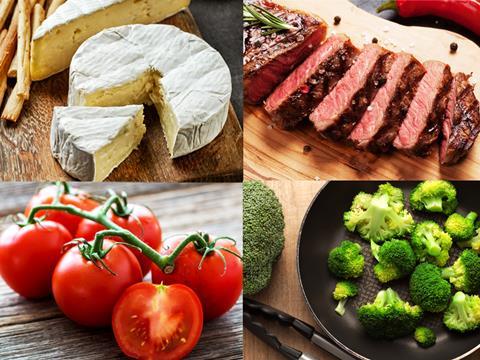 Brexit could see the cost of items in a typical UK shopping basket soar by as much as 30%, according to the British Retail Consortium.

BRC director of food and sustainability Andrew Opie said unless the government could secure a zero-tariff deal with EU leaders the impact on basket prices would represent the “cliff edge” of which businesses have warned.

In April, the BRC warned that the average cost of imported food from the EU could rise for retailers by 22%, if Britain fails to negotiate tariff-free trade post Brexit, and World Trade Organization tariffs are imposed on food from Europe. However, it went further this week, warning the prices of key products could rise by even more.

The new report claims the price of cheese in the shops, with imported cheese incurring a 44% WTO tariff, could rise by as much as 32% if domestic producers put up prices in response to the tariffs on EU goods to maximise profits.

However, even if domestic producers do not react to tariffs to maximise profits, the report warns cheese prices will still see an increase of at least 6%, almost five times the current 1.3% rate of food inflation [BRC/Nielsen Shop Price Index].

The report, which calculated likely price rises based on WTO tariffs and the volume of products currently imported from the EU by retailers, claims other products also face huge inflationary rises, including beef, which would increase by 5%-29% in price, tomatoes (9%-18%) and broccoli (5%-10%)

“This research shows just how vital it is for ministers to secure a zero-tariff deal - and the implications for UK shoppers if they don’t,” said Opie.

“We could be looking at prices for certain everyday products going up by more than a third, but even at the lower end of the scale the price increases we are predicting dwarf anything in recent years. This is a massive turnaround compared to the low inflation the UK shopper has been used to in previous years. It is a cliff edge situation and it will be passed on to the consumer.”

The latest BRC Shop Prices Data showed year on year inflation of 1.3% for food in August with an average inflation rate over the last 12 months of just 0.2%.

“We also know it is lower earning families for whom food represents a higher than average proportion of spend, so these are going to be the ones hardest hit unless we can secure tariff-free trade with Europe.”