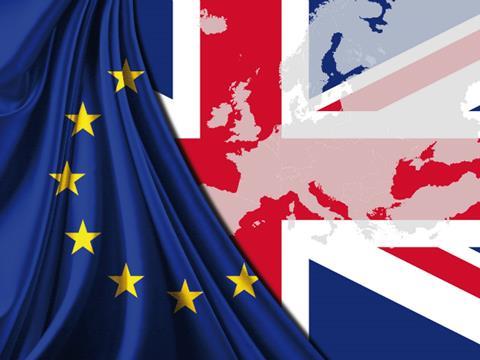 The economic shock caused by Brexit could drive UK retail sales 6% lower by 2020, according to a new report published today by the Economist Intelligence Unit.

The report suggests that a vote to leave the EU in next week’s referendum would hit retail sales by 3% by 2017, putting total sales back below their 2015 levels.

By 2020 nominal retail sales will be 6% lower than if the UK votes to remain in the EU, the report claims, costing the UK retail industry around £24bn in collective sales. The report says UK retail sales will reach £396.3bn by 2020 from their current level of £345.4bn without Brexit, but leaving the EU will bring sales growth down to £372.5bn by 2020 instead.

The sales fall would be largely driven by the wider impact of Brexit to the UK economy – with UK GDP falling by around 6% over the next four years and not returning to growth until 2020.

However, the report argues the UK retail sector faces additional risks from Brexit.

“The supply chains and agreements that have evolved on an even playing field with partners in the EU will need to be revisited as the goal posts begin to move,” the report states.

“Regulatory requirements relating to safety, quality and consumer protection that are currently consistent across member states will diverge. This will force retailers to consider two sets of rules when assessing their offering between the UK and Europe.”

The Economist report argues that, rather than cutting red tape, Brexit could make the situation even more complex for retailers and that opting out of EU will put retailers and suppliers at “a competitive disadvantage”.

Additionally, Brexit could hamper the growth of online retail as leaving the EU excludes the UK from the ‘Digital Single Market’ and hampers the growth of e-commerce exports.

With online sales continuing to track double digit growth, the British e-commerce sector is well developed and maturing, accounting for one of the highest proportions of overall retail in the world,” the report states.

“British e-commerce is a sector that could bring significant cross border retail benefits given a level European playing field, which is precisely one of the aims of the proposed Single Digital Market.”

The Economist Intelligence Unit notes that senior grocers, including former Tesco boss Sir Terry Leahy, former Sainsbury’s CEO Justin King, ex-M&S boss Marc Bolland and soon to depart Asda chief Andy Clarke have all come out against Brexit because of the uncertainty it would create.

However, the report does say some of the more “alarmist” language of those campaigning it stay in the EU “may be overblown”.

It concedes: “Just as frostier diplomacy is unlikely to lead us down a path to world war three, rising inflation on the back of a falling pound is unlikely to see prices skyrocketing in the way that they did during periods of hyperinflation in Zimbabwe or the Weimar Republic.”

“Economic declines will be damaging but not cataclysmic for retail.”

In terms of the pound, the report suggests Brexit could cause a 14-15% devaluation of the pound against the US dollar in 2016.

Overall, in real terms, the UK economy would be 6%—or £106bn—worse off in 2020 were the UK to leave the EU rather than stay in, the report concludes.