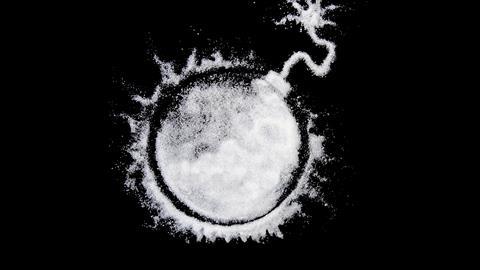 The government’s temporary tariff system, for the case of a no-deal Brexit, could put some food supply chains under pressure

In what could turn out to be a watershed moment for Brexit, MPs voted to reject a no-deal exit in the Commons this week.

The vote is not legally binding, though. And with a no-deal Brexit on 29 March 2019 still the default outcome, the food industry is bracing itself for the possibility it could soon face the government’s temporary ‘no-deal’ tariff system, revealed on Wednesday. So which products and categories would be most vulnerable to cost increases under the new tariffs?

In a bid to stabilise food prices, the government has promised to slash tariffs on 87% of the UK’s imports to zero under the new scheme, which would apply for 12 months in the event of a no-deal Brexit. However, tariffs would still apply to 13% of the UK’s imports, including products currently sourced almost entirely tariff-free from the EU - such as beef, pork, cheddar and white sugar.

Pop-up table: How do the UK’s temporary tariffs compare to the EU’s WTO tariffs?

But the government has also confirmed the UK would implement a tariff rate quota (TRQ) of 230,000 tonnes for beef, which could be used by any country, including EU members, for tariff-free access to the UK.

As a result, the UK’s new tariff schedule won’t have a dramatic impact on UK beef prices, predicts BMPA director Nick Allen. “The tariff rate will only come into play if we go above the TRQs, which is set at the current volume rate,” he adds.

Unlike beef, though, no TRQs would be implemented for cheddar - of which the UK imported 105,238 tonnes in 2018, with over 99% coming from the EU [HMRC]. Under the government’s new schedule, all these cheddar imports would face a tariff rate of €221 per tonne.

Other cheeses imported from the EU would also face import tariffs ranging from around €200 per tonne to €250 per tonne. That’s “more palatable” than the EU’s WTO tariffs on cheese, which can be as high as 47%, but it’s still going to add extra cost to the supply chain, warns Chris Chisnall, marketing director for importer Bradburys Cheese. “Our customers would have to bear that cost. We can’t absorb those price rises.”

The cost of importing bacon, ham and pork would also rise, with tariffs of between €79 per tonne and €114 per tonne under the government’s temporary tariff schedule, though sausages are exempt.

The UK currently imports 60% of the pigmeat it consumes from the EU. Based on average prices last year, the additional tariffs could add 4% to 5% to the price of those pork, bacon and ham imports, AHDB warns.

Potentially more worrying is the tariff set to be imposed on sugar in the event of a no-deal.

The UK imported 486,922 tonnes of processed white sugar in 2018, 97% of which came from the EU [HMRC]. Under the new schedule, those imports would be subject to a €150 per tonne tariff. That’s less than the EU’s rate of €419 per tonne, which French importer Tereos previously warned would double sugar prices in the UK, but it’s still significant. “The tariffs which would apply to sugar would still result in considerable additional costs for food and drink producers and consumers,” says Guillaume Planque, head of product management for sugar & sweetening solutions at Tereos.

Under the UK’s new tariff system, raw cane sugar imports would also face an import tariff of €33.9/100kg, though a 260,000-tonne TRQ would be implemented. This would give importers access to new suppliers and could eventually be used to replace EU white sugar imports, suggests Tate & Lyle senior vice president Gerald Mason.

However, that would depend on whether the government can roll over free-trade deals with key exporting countries, which would otherwise lose their existing tariff-free access to the UK, he admits. In 2018, the UK imported 342,014 tonnes of cane sugar, 80% of which came from countries that hold FTA agreements with the EU [HMRC].

Planque insists the only way to maintain “choice, quality and reasonable prices” for manufacturers and consumers is to maintain “free and frictionless trade with the EU”.

With any shifts in market balance set to cause disruption to supply chains, many food manufacturers will no doubt also be hoping Wednesday’s vote in the Commons was the first step to ensuring that happens.