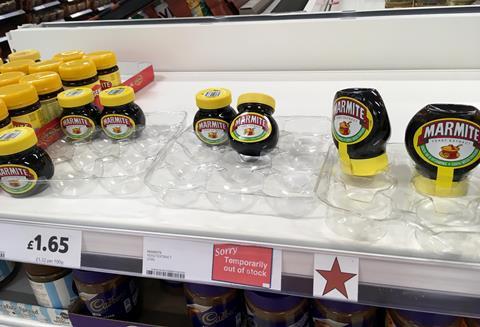 A fall in the price of the pound is the “hidden monster” for suppliers at the start of next year if the UK does not agree a trade deal with the EU, experts have warned.

Foreign exchange markets remained relatively stable this week throughout the pause in trade talks, but currency observers expect the pound to fall by 5%-10% in the coming months if no deal is agreed.

Under these circumstances, suppliers importing food into the UK could be forced to bear the immediate brunt of the costs, said David Sables, CEO of Sentinel Management Consultants. While new Brexit-related costs such as customs and potential tariffs should be passed onto supermarkets within days, he said, price hikes due to currency fluctuations can require up to three months’ notice under typical contractual agreements.

This is because currency fluctuations are expected to be managed by suppliers like any other variable cost such as labour, ingredients, or crude oil, and therefore typically require further negotiation with retailers to pass on, he said.

“It will be an expectation from the retailer that any currency movement will be swallowed by the supplier. For that three-month period, they are expected to just manage it.”

Tesco temporarily removed Unilever products from it shelves after the last sharp drop in the pound’s value in 2016, as the Marmite owner sought to raise prices to compensate for the shift.

Businesses typically hedge currencies to protect against sudden drops in exchange rates, but demand uncertainty due to coronavirus and concerns over Brexit-induced border disruption are inhibiting many suppliers from doing so ahead of the transition period.

“Let’s say you’ve got a hedge for a million euros worth of stock that’s coming in. Well, if only half of that comes in, you’re only going to need half the amount of euros potentially. But you’ve already got a contract in place for the full amount,” he said. “All of a sudden you’re left on the hook paying for something that hasn’t materialised.”

Supermarkets typically helped suppliers to hedge currency, which in “most times drives good practice,” said Palmer. But he said he was concerned that in circumstances like these, “it doesn’t allow any degree of autonomy or flexibility for when there are curveballs coming down the line, or fundamental changes to the way your business operates.”

Palmer said businesses must look to ensure there was sufficient flexibility in their hedging to allow payment dates to be moved if goods are delayed.

The issue is particularly acute for importers of fresh goods who are reliant on a steady flow of goods arriving from Europe, and therefore unlike businesses who can stockpile, will struggle to avoid the potentially volatile currency markets at the start of next year.

Nigel Jenney, CEO of the Fresh Produce Consortium, confirmed currency fluctuations were a “serious concern,” in which even a small margin of change could mean that “somebody in the supply chain will likely not break even”.

But any currency devaluation will likely take some time to filter through to prices facing shoppers, said Andrew Opie, director of food & sustainability at the British Retail Consortium.

“Retailers have long-term contracts, and use hedging contracts, to protect consumers from price rises, however a permanent devaluation of the sterling would ultimately put upwards pressure on prices at the till. The more imminent concern for consumer prices is the £3bn food tariff bill that will land on retailers from 1 January unless the UK government and EU can agree a zero-tariff deal.”