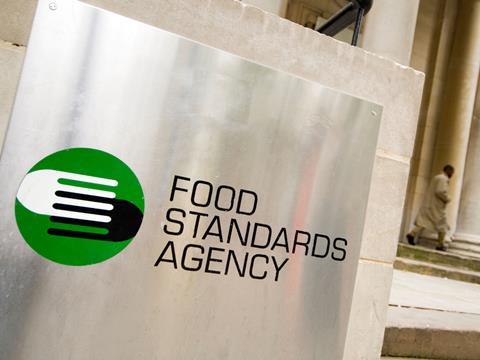 The Food Standards Agency is angling for a possible expansion of its powers and a significant boost in funding to prepare for a “smooth exit from the EU”.

Repatriating EU food safety laws back to the UK after Brexit would require greater resources across a host of different regulatory areas, according to a paper outlining the FSA’s preparations for Brexit - which will be discussed by the FSA board on 20 September.

The UK’s current food safety regulatory regime “relies substantially on the EU framework”, the paper said. This was particularly the case around the topics of food safety risk assessments, sharing information on food crime and providing rapid warning of food safety threats, in addition to import controls, resilience and incident handling.

However, Brexit had highlighted the need for an “effective regulatory regime for food safety in the UK” and that certain regulatory functions and systems currently undertaken at a European level “may need to be replaced or maintained”, added the paper - authored by FSA director of regulatory and legal strategy Rod Ainsworth.

The FSA had already begun a programme to comprehensively “revise and upgrade” its approach to surveillance of food safety threats. Its contingency planning allowed for a “significant increase in our existing scientific and other capacities in relation to public health and food safety risk assessment”, the paper said, alongside preparation for a proposed intensification in risk communication.

It is also proposing extra powers to take more risk management decisions “within a governance framework that provides sufficient ministerial oversight”, which would require additional powers to be conferred on the FSA.

The regulator was highlighting these issues now in a bid to emphasise the need “for an early decision to enable planning to proceed and for the necessary arrangements to be put in place ahead of March 2019”. Added responsibilities would require the FSA to “consider its structure and size in light of the challenges”, with the regulator potentially needing to “alter and enhance its capacity”, the report said.

The National Food Crime Unit would also require additional funding to ensure it had the capacity to address threats to the integrity of food, with the UK potentially more vulnerable to threats outside the EU.

The FSA was in “continuing discussion” with the Treasury in relation to its anticipated funding requirements, “and the response to date has enabled our implementation to proceed as planned”, it added.

“Our track record as an organisation of driving efficiencies in our ways of working will, we believe, help to reassure our stakeholders that our proposals will continue to represent a cost-effective way of protecting consumers and ensuring the safety of UK food.”

Early decisions should be taken by government on how it should discharge key regulatory functions, the paper urged, before adding that securing the necessary resource to build the capability to implement its plans was a “key risk” of Brexit.