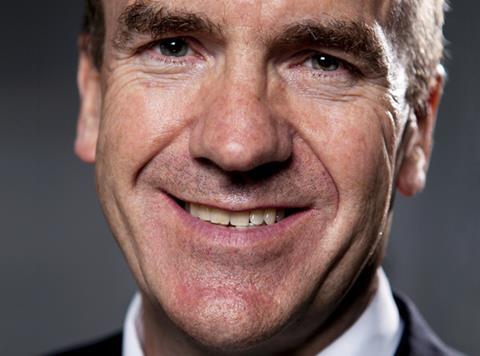 With exactly a month to go until the EU Referendum, the potential impact on food and drink prices has been surprisingly absent from the very heated debate up to this point, and senior leaders in the food and drink industry have done little to inform it, choosing to sit on the fence almost to a fault.

So it was interesting to see Tesco legend Sir Terry Leahy, Sainsbury’s semi-legend Justin King and Marc Bolland featured in a jointly written article for The Mail on Sunday, alongside Sir Ian Cheshire, previously chief executive of Kingfisher and ex-chairman of the BRC.

As with any election, that old phrase ‘It’s the economy, stupid’ is going to be a big issue for a lot of voters, and potentially bigger than red tape, trade agreements or the refugee crisis.

So a letter raising the prospect of soaring inflation from such legends carries a lot of weight. There are some constitutional issues on which the Brexit brigade might be able to take issue with politicians. But it’s harder to argue with such legends when they warn that Brexit could cause a ‘catastrophic’ impact on the economy, driving up prices and putting vital trade deals at risk, with repercussions bound to hit shoppers where it hurts most - in the pocket.

David Cameron played the same card on a visit to an Asda supermarket in west London at the weekend, claiming Treasury analysis shows the value of the pound could fall by 12% following a vote to leave the EU. This would push up the price of food imports and add more than £220 a year to the cost of food for a family of four within just two years, it calculates.

If those sums - true or not - stick in the minds of the electorate, it’s tempting to say it could be game over for the Brexit campaigners.

Interestingly, the four retail gurus signed off by saying they were not scaremongering but had a “responsibility” to help inform consumers.

It’s all in stark contrast to the current retailer leaders who certainly could not be accused of helping to inform consumers, let alone scaremongering.

Whilst Asda has spoken out (signing up to an earlier letter from 200 industry leaders sent to The Times in February), the silence from retail leaders, particularly on the grocery side, has been deafening: Tesco and Sainsbury’s have publicly come out only to sit on the fence; Morrisons hasn’t said a word; while Bolland, as the then M&S boss, backed it only in a personal capacity (while another ex-M&S boss, Sir Stuart Rose is leading the campaign).

As to Sir Ian’s old organisation, the BRC, it has thus far contented itself with sending out letters to the two Brexit camps arguing both cases at the same time, all for the sake of fairness. Not one mention of retail prices and inflation was made in its letter to the Leave camp last week, just a vague warning of the impact on farmers.

It’s not hard to see which approach, the old guard or the new, is going to have the most influence in shaping the future of the high street, or the way the vote goes in a month’s time.