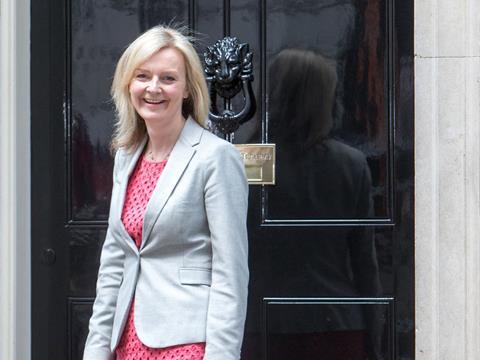 The commission will continue to report to Trade Secretary Liz Truss

The government has bowed to pressure and given enhanced powers to the trade and agriculture commission to scrutinise trade deals and “place farmers at the heart of trade policy”.

The move will put the commission on a “full statutory footing” and extend its term beyond an initial six months. It will be asked to report on the impact on animal welfare and agriculture of each free trade deal signed by the government.

The report will be laid before parliament, which will have a 21-day scrutiny period under the terms of the Constitutional Reform and Governance Act.

Defra secretary George Eustice said the change to the commission will ensure “the voices of our farmers, as well as those of consumers and key environmental and animal welfare groups, continue to be heard while we are in the process of scrutinising future trade deals”.

It is a significant U-turn for the government, which rejected a Lords amendment to the agriculture bill last month to strengthen the commission’s role and legally ban any food that does not meet British import standards post-Brexit.

Eustice and trade secretary Liz Truss wrote in the Mail on Sunday last weekend that chlorinated chicken and hormone-injected beef are already banned in the UK and the government “will not negotiate to remove that ban in a trade deal”.

Truss said on Monday: “I will never sign up to anything that threatens their ability to compete, or that undermines their high standards.”

The government also put forward an amendment to the agriculture bill on Friday that will look to bolster parliamentary scrutiny of the impact of trade agreements on the maintenance of food, welfare and environmental standards.