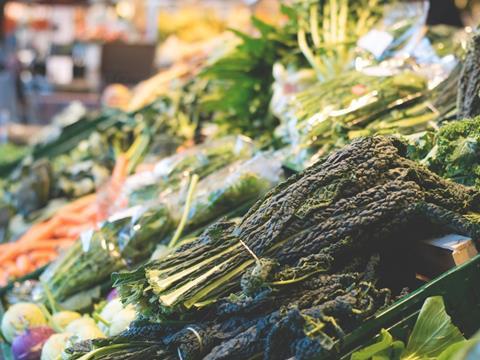 Organic food suppliers would be banned from exporting to the EU for at least nine months in the event of a ‘no deal’ outcome on Brexit, the government warned today.

The bombshell was revealed as ministers released the first in an avalanche of technical papers setting out he implications of failure to reach agreement with EU bosses in negotiations on the UK’s departure from the EU.

Food industry bosses are warning that the “grisly” prospect for organic companies is just the thin end of the wedge of a much wider chaos. Any product requiring EU-approved logos would face massive disruption to trade, they say, unless ministers agree terms on a deal with European negotiators.

In a briefing to the food industry yesterday, Defra said it was determined to help organic producers flourish in the event of a no deal. Those trading within the UK or exporting to countries outside the EU would be safeguarded by the creation of a new UK logo, they added.

However, the department made it clear that when it came to exporting to Europe, companies would face a long period in the wilderness.

Today’s document says that organic logos on packaging would need to change, with UK organic operators not permitted to use the EU organic label.

While there would be a grace period to use up existing stock, it said UK businesses would only be able to export to the EU if they were certified by an organic control body recognised and approved by the EU.

To do this, UK bodies would need to apply to the European Commission for recognition, which could not happen until the UK became a “third country”.

Defra has warned businesses approval could take up to nine months, though it said it was exploring alternative approaches to speed up this process.

Research has also been commissioned by Defra on organic logos used worldwide, which it plans to use for a future UK logo.

Defra said UK organic certification bodies would be able to continue certifying UK organic operations for trade within the UK. They would also be able to import and export organic goods to or from countries such as the US, Canada, Japan and South Korea.

It is understood ministers are hoping this trade would suffer “minimal” disruption. Longer-term Defra has said it hopes to negotiate an equivalency arrangement with the EU that will allow free movement of organic goods.

However, as well as the temporary freeze on exports, manufacturers also face concerns over safety.

Defra said a new UK-owned imports traceability system would be brought in to replace the current EU Traces NT, which ensures the traceability of organic food and feed. However, food industry bosses expressed huge doubts such a system would be up and running by the end of March, when the UK is set to leave Europe.

“The government’s laudable decision to publish these technical notices nevertheless confirms what a grisly prospect for UK food and drink a no-deal exit from the EU would be,” said FDF chief executive Ian Wright.

“There is no sign of further progress on negotiating frameworks with the devolved administrations. There is no substantive information on mitigating the effect of no deal on the island of Ireland, where the implications would be most significant.

“Specifically for food, today’s notice about organic food certification makes clear that UK organic exporters may face a ban on their exports to the EU for at least nine months after a no-deal exit, while new approvals for certification are sought. These issues apply far more widely than just to organic food - any UK food that currently displays EU marks or logos will be in the same boat.

“Moreover, the UK food industry will doubt that the government could replace Traces (the EU Trade Control and Expert System, which tracks the entire trade and certification process for animals, food, feed and plants) with a new, comprehensive, functional UK alternative IT system in time for the end of March.

“The new burdens potentially facing food and drink exporters and importers set out today will frighten many SME food businesses.

“The piecemeal release of these notices indicates that many are not yet ready and agreed for publication,” added Wright. “That hardly inspires confidence. As the consequences of a no deal exit from the EU become ever clearer it is vital that, to protect the interests of shoppers and consumers, the government must deliver a deal with the EU.”

Wright said he believed suppliers, including SMEs would be “frightened” by the implications of the documents revealed today. The timing showed ministers were still massively under-prepared for Brexit despite the clock ticking towards the UK’s departure, he added.

He added: “What today’s documents are doing is providing a window into the mind-blowing disruption that is facing the wider food industry.

“There are huge uncertainties facing producers and because of the nature of negotiations there are clearly going to be no answers until at least the autumn.”

In its industry briefing, Defra also revealed the UK government would continue to trade with EU importers of organic produce “at its discretion”.

But Sawyer said: “They are effectively saying that this will be used as a bargaining chip, which is a terrible prospect for an organic sector as the UK imports in excess of 50% of its products, with a significant amount from Europe.

“Having that used as a bargaining chip would kill the UK market and cause massive damage to exports for UK businesses.”