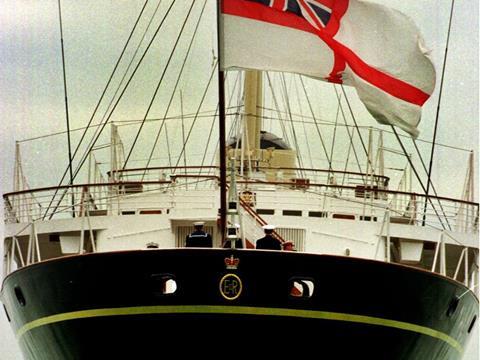 Defra secretary Andrea Leadsom was flying the flag for British food and drink in Paris at the Sial trade fair last week, armed with an action plan to boost overseas trade by £2.9bn by 2020.

With the pound in freefall, British produce may well become more attractive. But what exactly are the prospects for exporters and how will they be assisted by government departments?

The Grocer has surveyed 50 exporters about their hopes and fears, and Leadsom would be cheered to know 73% of businesses expect exports to rise in the next five years (43% by a substantial amount). However, 57% of respondents view the UK’s exit from the EU as a “major problem”. And a quarter declare they are “terrified” by the government’s approach.

So far, there have been mixed messages from government. Liam Fox and Leadsom have drawn criticism for singling out selling jam to France and naan bread to India. Prime Minister Theresa May hinted at changes to food labelling laws in her ‘hard’ Brexit speech at the Tory conference. And foreign secretary Boris Johnson has expressed regret over the government’s failure to prioritise a £120m new royal yacht Britannia to sail the seas and drum up trade deals.

It is a sign of the “total and absolute confusion” in Whitehall, a government insider tells The Grocer. “Johnson’s Foreign Office still thinks it has a role to play. Fox’s department believes it has total responsibility for building global new markets and trade agreements. And UK Trade & Investment (UKTI) was very much working on exports but is now practically part of Defra and is much diminished.”

One common message from the government is just how attractive the plummeting pound has made UK food and drink to buyers overseas. The latest CBI Industrial Trends Survey, published this week, seems to bear that out, with total UK manufacturing exports growing at the fastest pace for more than two years in the three months to October.

“We’ve seen an unexpectedly large increase in sales since Brexit,” one supplier in a number of categories, including sauces, pickles and preserves, said. The business is also exploring potential new markets in India, Indonesia, South Korea and China.

What are your main concerns following the Brexit result?

Dan Coughlan, export retail manager at Food Store International, says the playing field for trading the goods it buys and sells against cheaper European competitors has been levelled. “A lot of EU companies that have visited our stand at Sial have said now is the time to buy British as the currency is so cheap,” he says.

“More competitive pricing will take longer to feed through,” he says. And there is also a worry that international customers would be tough in asking for the drop in the pound to be reflected in prices they pay for products. “They will want their cut of that,” Goudie adds.

The weak pound will also herald spiralling costs for imported ingredients, packaging and even energy, which many suppliers at Sial worry will eat into margins.

Rahul Kale, international director at Typhoo, can testify to the challenges. “We have seen 20% of our bottom line wiped off since the Brexit vote as a result of increases in the cost of raw materials, packaging and overseas travel. We have not experienced any sudden surge in demand for our brands that may potentially offset the rises.” A premium crisps supplier adds the weak pound is more threat than opportunity as sunflower oil prices spike.

Trading in the premium end of the market also brought its own challenges for taking advantage of the weak pound. “British goods are perceived as high quality and expensive and as a result there is very little price elasticity in the premium segment,” a director of a premium drinks brand said. “It was entirely wrong of the pro-Brexit team to argue during the campaigning that leaving the EU would benefit exporters. On the contrary our costs have gone up due to value of pound dropping.”

The weaker pound will also prove irrelevant if suppliers face hefty WTO tariffs once the UK formally exits the EU. Nick Clegg has warned that leaving the single market would send UK food prices soaring and Britain would face average tariffs under WTO regulations of 22%. One supplier fears tariffs of more than 6% for two of its key EU markets will result in a substantial hit to profitability, and loss of the single market will lead to higher transaction costs for exporters, importers and freight forwarders.

Exporters’ views on their prospects

How big an opportunity is Brexit to your business?

Have you detected an anti-UK sentiment in your dealings with European trading partners/customers?

How helpful has the government been in the past in supporting your export efforts?

■ All our success has been achieved despite the government 22.5%

How confident are you in the approach the government is taking right now?

Source: The Grocer survey of 50 companies

The cost to the EU?

Think tank Civitas argued this week that tariffs would end up costing the EU much more than the UK. Businesses in Europe would face annual tariffs of close to £13bn while British business would be out of pocket by £5.2bn, the analysis of a ‘hard’ Brexit found. A Cabinet minister wasted no time in insisting the finding meant a tariff-free arrangement with Europe was the likely outcome.

The PM said in the Commons this week after visiting the European Council that she hoped for a deal “that will give British companies the maximum freedom to trade with and operate in the European market - and allow European businesses to do the same here”. But critics have highlighted the trouble three regions of Belgium have caused to Canada/EU free-trade talks.

One healthy snack maker says it has been advised by UKTI, now part of DIT, that its focus on SME trade assistance has already moved away from Europe to non-EU markets.

It adds that China and India, highlighted by Leadsom as prime target markets, will not serve as replacements for the EU. “As a business that has sold into both on and off over the past five years, their regulations are such that you need a large investment to begin and just as you comply with them they are changed. Australia and New Zealand are oft quoted, as well, but does anyone realise the shipping costs there?

“Companies have made an investment to sell into the EU, backed by the previous UK governments. If they want to change that they need to provide companies with the investment to achieve a result.”

As for winning more access to Japan and China for British beef and pork, an export manager in a meat processing giant warns: “The time lag between agreeing something and getting access to these markets can be years. And we won’t replace free access into the EU with ad hoc trade deals with new markets.”

Suppliers across the food & drink industry have asked if Defra even has the resources to achieve its ambitions. One export manager at a snacks business worries that the UK has no experienced trade negotiators, a lack of resources in government, and real spending is being cut at Defra and UKTI.

“Defra is obviously a bit stretched, and has been for a while,” a government source says. I was at a meeting with some of them recently about export certificates and a lot of them were surprised at the amount of paperwork exporters had to fill in. Leadsom keeps saying she wants Defra to be a ‘cheerleader’ for exports. That’s because they are not in a position to actually facilitate things as they don’t have the knowledge or staff numbers.”

Rahul Kale at Typhoo worries that limited government resources combined with 40 years of laws and regulations to unwind in areas such as weights, measures, organic status and labelling mean mistakes are bound to be made.

Leadsom herself insisted to The Grocer at Sial that Defra cuts were all about reducing overheads in areas like HR. “In fact, we are increasing the amount of resources we have in the export area,” she told us. “The trimming of Defra is a transformation to be a leaner fitter organisation.”

Suppliers certainly agree UKTI plays an important role and most praise advisers’ knowledge and the support for export missions such as the Exporting is Great events. Seabrook Crisps signed its first international deal, for Gulf markets, in April and says UKTI’s help was “invaluable” in facilitating packaging translation. “They put us in touch with the right company to help with our packaging,” international sales director Kevin Butterworth added. “Little things like that are invaluable.”

A SME organic olive oil supplier said the support from DIT should be enhanced. “All of our export results have come through UKTI-supported trade exhibitions and ‘Exporting is Great’ events in embassies,” it added.

Others, like Tony Goodman, CEO Ten Acre Snacks, briskly accept the hard graft has to be their own. He has sympathy for ministers faced with all the current unknowns. “Andrea Leadsom and her entourage was at Sial to wave the flag, which is in itself a great help as an endorsement,” he says. “The ‘Great’ food campaign gives excellent awareness and helps promote any company that wants to join in.

“I don’t know how you can have detail, when no-one, and I mean no-one, knows what Brexit means and wont for some considerable time. I understand that everyone wants certainty, I just don’t see how that is possible.”

That, however, is a boat all exporters are in.

Click here to see the full results of the survey.