Post-Brexit food market may be calmer than some feared 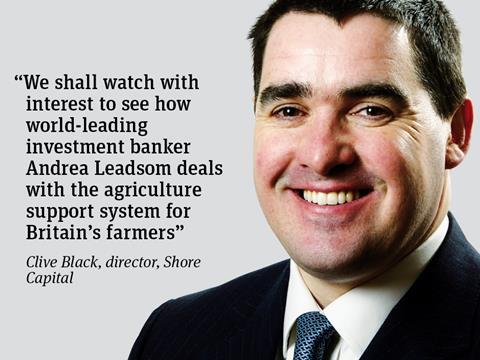 Louis Brandeis said: “We must make our choice. We may have democracy or we may have wealth concentrated in the hands of a few, but we can’t have both.” And so the UK-EU referendum represents a quiet revolution that has swept away a political regime in a fortnight. What could all this upheaval mean for UK food?

Currency remains the prime lever for industry focus with the terms of trade adjusted, although sterling has been more resilient than prior market consensus, helping to shield consumers from too much imported food and oil price rises too soon. It will be interesting to see if the referendum rhetoric and a weaker sterling encourage food exports, while domestic producers may also see greater interest from British supermarkets for local supply; both could be beneficial. In this respect, we shall watch how the world-leading investment banker Andrea Leadsom deals with the agriculture support system for Britain’s farmers.

Linked to currency will be business and consumer confidence, where there is concern about the former strategically and the latter more tactically. While it is hard to see much short-term economic benefit from the Brexit decision, each day that goes by with the dust settling brings a little more resolve, albeit key negotiations have yet to commence with the EU. While the referendum represented a shock to the system for sure, its immediate economic impact needs to be put into context; recent dull trading patterns may have much to do with inclement weather and England’s abysmal footballing.

We expect consumer confidence to remain a bit subdued in the near term while in all probability we will be importing some higher food prices while noting the ameliorating impact that reasonably intense competition may have upon household budgets. Mrs May’s prompt appointment and a new Cabinet is good news in helping to bring stability to the UK and we applaud a patient approach by the Bank of England on base rates, helping to calm frayed nerves. Twists and turns are ahead for sure, but if the new regime’s rhetoric on looking after the masses rather than the few gains traction, then the mass-market food sector may be calmer than some feared.