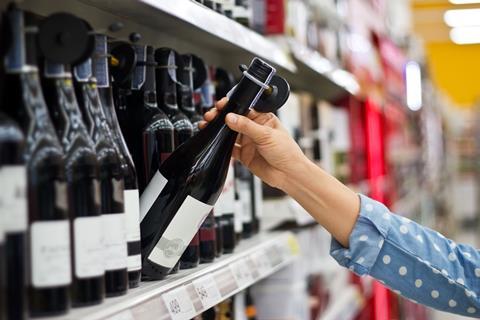 In mid-June, after a year of intense negotiations, the UK and Australia signed a historic agreement in principle (AIP), shaping the way for the first post-Brexit free trade agreement (FTA). For the wine industry this is a real opportunity to deliver benefits to British consumers and create economic opportunities here in the UK. After the last 18 months, shaped by Covid-19 and Brexit, it is time to look positively at the future and to a post-Brexit chapter in the global wine trade.

From premium Australian reds to delicate whites, sparkling wine to fortified dessert wines, a mutually beneficial trade deal between the UK and Australia will give British consumers an even greater choice of quality Australian wines at a range of prices in stores, pubs and restaurants.

Australian wine has long been a favourite of UK consumers. Its share of the UK off-trade is just over 20% on a volume and value basis, and has increased by 8% and 10% respectively over the last 12 months. Total Australian wine imports were worth around £290m in 2020, making it the UK’s top food and drink import. With the UK a key strategic market for Australian wine for decades, and its largest by value, there have been significant investments in the UK and many key Australian wine suppliers now bottle a substantial share of their portfolios in the UK, creating jobs directly and across the supply chain.

Over the last three decades, the UK has developed into an important global wine hub in the international wine trade, supplying markets in Europe and beyond. Today and into the future, the nascent FTA has the potential not only to chart a new course in the global wine trade for Global Britain, but provide opportunities to evolve and grow as a centre of winemaking excellence, particularly through carbonation, blending and sweetening of wine imports at facilities across the UK.

As a global wine company, Accolade Wines is looking to the UK-Australia FTA to open the trading environment in both countries, including introducing new winemaking practices in the UK, such as carbonation to make sparkling wine, which will benefit consumers and companies across the supply chain. We estimate this would deliver upwards of an additional £200m of net sales in sparkling product over the next five years and contribute an extra £20m to the Exchequer. Not only would it lead to more Australian wine available to UK consumers, creating value and more British jobs across the supply chain, but it would position Great Britain as one of the pre-eminent centres of winemaking in Europe.

We continue to support the ongoing negotiations between the UK and other key trading partners, including Australia and New Zealand. By pursuing the removal of tariff and technical barriers to trade, the government is advancing a new chapter of bilateral and multilateral trade with the rest of the world.

In the months ahead and in order to capitalise on the objectives of the Global Britain agenda, FTA negotiations must continue to focus on providing British consumers with greater choice on wine and new alcoholic beverages, including low-alcohol wines and seltzers, while encouraging competition with wines from Europe and around the world.