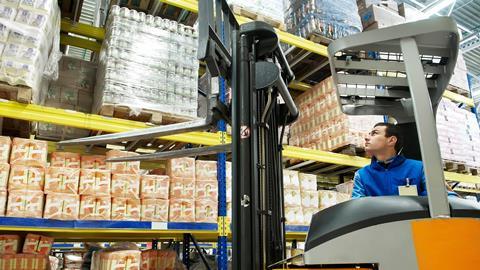 What are the tariffs causing disruption to UK products?

Businesses are grappling to maintain ‘continuity of supply’ to Ireland as exports are hit with new tariffs. What can be done?

Percy Pig became the somewhat unlikely symbol of the seriousness of Brexit’s disruption to UK exports to the EU last week. Speaking to journalists as he announced trading results, M&S CEO Steve Rowe cited disruption of supplies of the sweets to Ireland as he explained the scale of the problem.

Along with Tesco and a host of other major retailers, M&S has concerns over significant new tariff bills under so-called ‘rules of origin’ set out in the UK’s trade deal with the EU. In M&S’s case, the tariffs apply to a third of its food products – including Percy. The retailer’s results said combined with new red tape it would “significantly impact” its businesses in Ireland, the Czech Republic and franchises in France. The focus was “making sure we’ve got continuity of supply in our Irish businesses”, Rowe added.

So, what are the new rules, and how can industry navigate them?

Rules of origin relate to whether or not a product has been produced ‘locally’, and therefore its economic nationality. If it is not deemed to be sufficiently British, it will not qualify for preferential tariff rates when exported to the EU, even if its journey ultimately began there.

Percy Pig, to cite Rowe’s example, is manufactured in Germany, before coming to GB. To get him from Britain to stores in Ireland, duty is payable. The same is true for goods from China, packaged in the UK, before going on to Europe.

As the disruption began to unfold last week, more than 100 retail executives held talks with the government to gain clarity over what Rowe described to journalists as a “complex issue for the whole industry”.

But trade experts argue that, though complicated, the implications of rules of origin should come as no surprise to businesses. The rules laid out in the UK-EU deal are standard inclusions in almost any free trade deal, they argue, and became inevitable as soon as the UK confirmed it was leaving the customs union.

“The fact that goods need to originate locally to be traded tariff-free under a trade deal is part of every single free trade agreement out there,” says trade consultant Anna Jerzewska, who argues large multinational companies, if not SMEs, should have been better prepared.

Global Counsel senior director Stephen Adams says that, while the rules of origin are like those found in any trade deal, the supply chain onto which they have been imposed is not. “Rules of origin are designed for a type of international trade very different to the supermarket distribution networks between the UK and Ireland. This is essentially a domestic distribution model which we now have to treat as an international trade problem.”

Although expensive for bigger businesses, industry chiefs are particularly concerned about the implications of the new rules for smaller ones.

Grated cheese: Cheese imported from the EU, grated in the UK, and re-exported back, will be forced to pay a tariff upon re-entry.

Nuts: Nuts brought from the EU for food manufacturing will not be considered local, even if they are shelled in the UK. It means finished products sent back to the EU will pay a tariff if significant quantities are used.

Chopped tomatoes: UK producers can import EU tomatoes, chop them, and export them back to the EU tariff-free as an ‘originating’ product.

However, there are two ways companies can ensure a product is sufficiently British to qualify as tariff exempt.

The first is by transforming it to such an extent that the commodity code under which it enters and leaves the country changes, explains Adams. For example, cocoa beans may enter the UK using a certain commodity code, but if ground into powder they would leave under another. This is deemed sufficient transformation to be considered British and qualify for tariff-free access to the EU.

The other option is integrating one product into another, for example turning a speciality flour from Canada into a loaf of bread. While there are specific rules for each product type, in general, as long as the majority of the ingredients are still defined as British then it should qualify as tariff-free.

Where products fail on these criteria, three further potential remedies remain on the table.

Bonded warehouses are the first. Under the EU’s Common Transit Convention, businesses can bring goods into the UK, hold them in a bonded warehouse and ship them on to the EU without them ever being considered to have entered the UK’s customs territory. As they’re not imported into the UK, they’re not exported from the UK, and the issue of origin and tariffs is avoided.

The downside is the restrictions are fairly strict. They must not only be held in a bonded warehouse under customs supervision, but there are limits on how the loads can be broken down and reconsigned, removing some of the freedoms a typical supermarket DC enjoys.

Another option is to avoid using the UK altogether as a distribution hub for other parts of Europe. “It’s the obvious way if you can afford it and you’ve got a large enough distribution network in Continental Europe,” says Adams, though there will inevitably be trade-offs between the costs of tariffs and managing two inventory systems.

Rowe touched on all of the above as solutions for M&S. “We’ve got a lot to do in terms of composition and re-routing,” he said.

“Big businesses I think will find a way of working round these restrictions,” he added, “but it’s much more onerous for small businesses.”

UK producers will no doubt welcome retailers purchasing more ingredients locally, though it could mean higher prices for shoppers – as could the other solutions.

But it is for those smaller businesses to which Rowe referred that the costs of the new rules are likely to prove greatest.