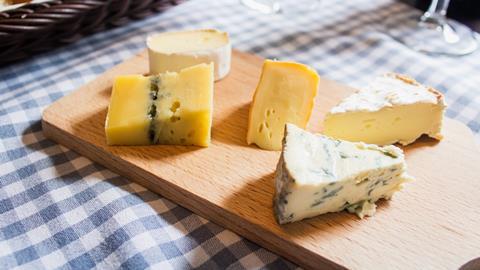 What foods would face price hikes under a no-deal Brexit?

Just when you thought 2020 couldn’t get any worse, the prospect of a no-deal Brexit is back.

Chances of reaching a UK-EU trade agreement before the end of the year are slipping away, with Downing Street officials now rating chances of reaching a deal with Brussels at 30% to 40%, according to The Times last week. It’s hard to imagine the government’s budding attempts to renegade on the Withdrawal Agreement have pushed those numbers any higher.

And today, suppliers have warned a failure to reach a deal with the EU would result in “frightening” price hikes on some foods. That includes olive oil, which is set to see increases of about 35% – or £1.16/litre. So what other foods are at risk of inflation?

Under the UK’s current tariff policy, the average tariff on food imported from the EU would be over 20% in the event of a no-deal, according to the BRC’s latest analysis.

Oranges and cucumbers, which would face tariffs of 12%, were among the foods singled out by the report. But they aren’t the only fruit & veg imports from the EU set to face punishing tariffs in the event of a no-deal.

The UK’s temporary tariff regime originally published in March 2019 slashed tariffs on most fruit & veg imports to zero. However, in May 2020 it was replaced by the UK Global Tariff, which has replicated the EU common external tariff across most fresh produce imports.

As a result, if the UK doesn’t reach an agreement with the EU, tariffs would be charged on popular fruit imports from the EU such as raspberries (14%), strawberries (10%) and grapes (8%), as well as apples during some stages of the growing season.

Tariffs would also be charged on onions (8%), tomatoes (14%) and sweet peppers (6%), which are the UK’s top vegetable imports, according to HMRC data, and predominantly come from Spain and the Netherlands.

Cheese and other dairy products

Cheddar cheese was another product singled out by the BRC’s analysis, which warned cheddar imports from the EU would face tariffs of 57% in the event of a no-deal Brexit.

According to AHDB analysis, nearly all the UKGT tariffs for dairy are now aligned with the EU common external tariffs. That’s a significant change from the temporary tariff regime announced in March 2019, which included tariffs for some cheeses and butter products, and no tariffs for milk, cream, powders or yoghurts.

High tariffs on dairy products are worrying given the UK still imports 35% of yoghurt, 40% of butter and 67% of all cheese consumed here, according to Arla UK MD Ash Amirahmadi, who has warned of price rises in the sector should the UK fail to reach a deal with the EU.

Once again, the UKGT broadly mirrors the EU’s current common external tariffs on meat. So imports of fresh or chilled boneless beef would be subject to a tariff of 12% + £253/100kg, for example.

Previously, the meat processing sector wasn’t too worried about price rises because the government’s temporary tariff regime included a tariff rate quota (TRQ) of 230,000 tonnes for beef, which could be used by any country, including EU members, for tariff-free access to the UK.

However, the UKGT supersedes the TTR and does not include this quota, as it is built on the assumption that the UK and EU will have a tariff and quota-free deal.

The government has confirmed there will be an erga omnes (open to all) quota for frozen manufacturing beef of just over 44,000 tonnes. However, it has a tariff rate of 20%.

Even more concerning, perhaps, are the potential tariffs on EU pork imports.

The UK currently imports 60% of the pigmeat it consumes from the EU, according to AHDB. With some pork cuts set to face import tariffs of £72/100kg in the event of a no-deal, that would inevitably translate to price hikes for shoppers.

“The UK is a significant net importer of pork and without low/zero tariff access for some key suppliers, pork prices for consumers would rise”, says AHDB senior analyst – red meat Bethan Wilkins.

With a plethora of other food and drink imports also set to face import tariffs from 1 January 2021 in the event of a no-deal, it’s unsurprising the BRC is warning of potential price hikes at the tills.

“If there is no trade deal between the UK and the EU it will lead to a rise in prices for the consumer and a diminishing in the quality and range of products that could be made available to UK consumers,” said William Bain, EU policy adviser at the BRC, last week.

The government does have the option to introduce additional zero-rate quotas on any foods in the future, which could help lessen the impact of tariffs should the UK and EU fail to reach a deal. “Although there are no additional TRQs in place at the moment, as the control lies with the UK government, there is a possibility that this situation could change at some point in the future,” says Tom Forshaw, AHDB senior analyst, policy.

But with nothing yet confirmed, the industry should brace itself for a potentially rocky ride ahead.