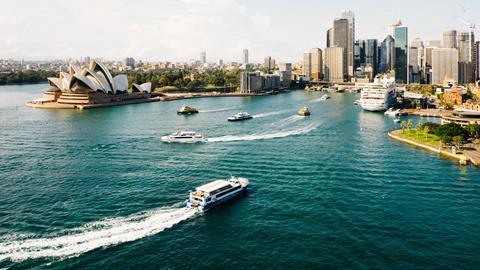 Why is Australia demanding compensation from the UK over Brexit?

Australia, New Zealand and a host of other non-EU countries want compensation for Brexit-related trade disruption

Australia and New Zealand are among a host of non-EU countries seeking compensation from the UK and the EU for Brexit-related trade disruption.

In a complaint to the WTO supported by the US, Canada and Brazil, among others, officials last week claimed exports had already suffered as a result of uncertainty around the UK’s exit from the EU.

The move, which comes amid ongoing WTO negotiations, has reignited fears that third countries plan to exploit Brexit to gain significantly more access to British markets. So, what exactly is going on at the WTO and what could it mean for UK producers?

The WTO negotiations, which began last year, are centred on how the EU’s existing tariff rate quotas (TRQs) - which allocate a certain volume of tariff-free access to third countries - will be divided when the UK leaves the EU and becomes an independent member of the WTO.

The UK and EU want to split existing TRQs based on historical trading averages, but third countries including Australia are strongly opposed to that, arguing it would reduce flexibility when exporting to Europe and thus harm trade. “It’s not our fault the UK has left the EU so why should we suffer because of it?” says Jeff Grant, representative for the New Zealand Meat Board.

The proposed system will allegedly cost Australia A$366m (£284m) in reduced agricultural exports, and the country is demanding “compensatory concessions” be provided to affected WTO members. Those concessions would likely come in the form of increased market access for agricultural exports to the UK, a move unpopular with British producers.

“It is essential the government … does not concede any further market access through this process,” says Gail Soutar, Brexit adviser at the NFU. Any concessions for greater import access at the WTO would leave the UK with “very little leverage when it comes to trade negotiations”, she warns.

Eleanor Phipps, policy advisor at the National Sheep Association, has additional concerns. “If the UK has its own quota it leaves us open to dumping,” she says. “We’re not anticipating this immediately, but it would be a concern if New Zealand developed a sheep surplus.”

However, with WTO members currently in deadlock over the dispute, Australia could well get its way, suggests Eric White, international trade consultant at Herbert Smith Freehills.

“Concessions will have to be made by someone,” he says, though he adds any effects will be minimal and WTO negotiations are unlikely to significantly alter trade.

Holger Hestermeyer, a reader in international dispute resolution at King’s College London, agrees. “Unlike in a free trade negotiation where everything is on the table, at the WTO you are limited to what is considered fair. Australia will likely succeed but there won’t be a significant increase in quotas,” he says. What may be of greater concern to producers is the possibility of further trade wars emerging from the conflict.

Donald Trump’s attacks on the WTO have created a negative mood within the organisation, according to Hestermeyer. If the UK remains steadfast on TRQs it might be forced to abandon negotiations, which could provoke a reaction from Australia, leading to escalating tariffs on both sides, he warns.

The chances of such an outcome remain slim, particularly given the UK’s need for close trading partners in the coming years. Nonetheless, it is yet another item on the long list of questions causing concern for British farmers.