Britain’s supermarkets have sold 35.4 million (4.3%) fewer products bearing the Nestlé trademark in the past year 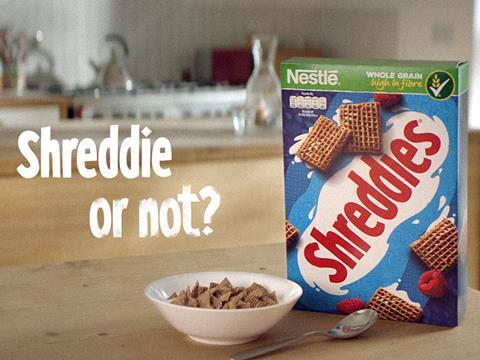 Nestlé’s £10.8m slide in sales might bring the total brand’s retail value below the £1bn mark, but its volume performance is far more telling. Britain’s supermarkets have sold 35.4 million (4.3%) fewer products bearing the Nestlé trademark in the past year. So what is causing shoppers to turn away?

It would be overly simplistic to place all of the blame on the backlash against sugar and the brand’s reliance on confectionery, even though the six greatest contributors to the loss were chocolate and biscuit brands. The biggest loser was Toffee Crisp, down £5.6m (23.1%); Rolos lost £4.3m (11.7%); Milkybar £3m (3.9%).

But no, it’s not all down to sugar. Shifting consumption patterns and the rise of own label are also to blame. Take Shreddies, which has contributed £1.5m (or 3.2% of its value) to Nestlé’s overall loss as average prices were cut in response to growing sales of own label and the continuing decline of the cereals sector. At the same time, the less healthy Kit Kat, which admittedly had its sugar content cut in March 2017, has grown by £1.6m (1%), though units dipped 2.2%.

That Smarties are in value and volume growth and ice cream lines Fab and Nobbly Bobbly, the brand’s two biggest ice cream lines, are up in double digits suggests that consumers still want a treat regardless of how much sugar such products contain.

This growth has been driven by encouraging ­shoppers to buy ice cream for a wider variety of occasions, says Charlotte Hambling, head of marketing at Froneri, which manufactures Nestlé ice creams under licence.

“One trend we’ve seen is that lollies are enjoying organic growth in summer but also in the winter months,” she says. “This is due in some part to the attitudes of parents who are seeing lollies as more of a permissible treat.”