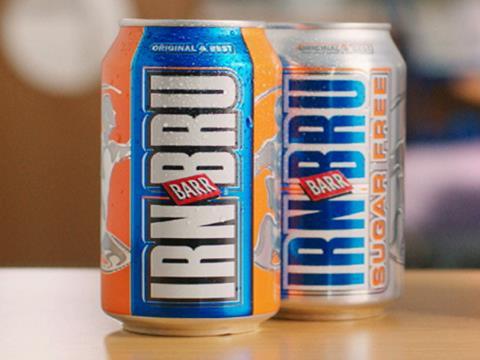 Shares in AG Barr lost their fizz this week as the Irn-Bru maker warned like-for-like sales in the six months to 30 July would be down 2.9% to £125m.

The group has been besieged on a number of fronts in the first half as it battled category deflation, volume declines in the market as consumers continue to shun sugary drinks, and poor weather in June and July. The weakened pound following the vote to leave the EU is also expected to push up AG Barr’s costs next year.

Its share price sank 4.4% to 512.5p on the back of the trading update having previously recovered to around 550p after a post-Brexit low of 455.3p.

Despite the fierce market condition, the company stuck to full-year profit expectations, with the hope the sun comes out for the rest of the summer and its plans for the second half deliver. “This is clearly dependent on a return to more ‘normal’ weather patterns,” analysts at HSBC said. “If the weather disappoints, we think 2017 profit forecasts will likely come under pressure.”

The bank added that the group had continued to make progress in renovating its portfolio and reducing sugar content. A new zero sugar Irn-Bru variant is set for launch along with lower-sugar Rubicon and Snapple Iced Teas products.

Investor confidence in the listed grocers wobbled on Monday as Morrisons fired the latest salvo in the ongoing price war. The supermarket reduced the price of more than 1,000 lines, pitching the move as reassurance for shoppers worried about rising food prices in the wake of Brexit.

Dave McCarthy at HSBC said the timing of the move was “interesting”, coming before Asda launches its own anticipated price offensive. “Morrisons would be impacted by a move by Asda and making its own move ahead of it seems sensible given our mantra that in retailing if you do something first, the customer thinks you have done it for them.”