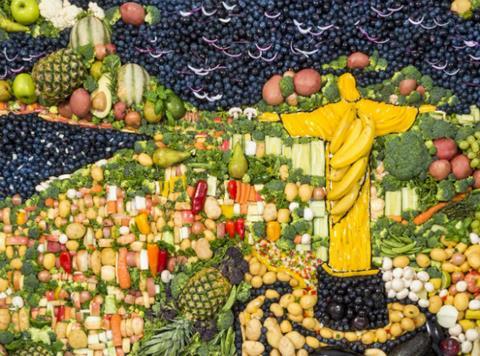 Aldi’s sponsorship of the British Olympic team and the marketing activity supporting the tie-up has helped boost its year-on-year sales of fresh produce by almost a fifth, it has claimed.

The retailer said its high-profile sponsorship of Team GB - which was first announced last March and is set to continue until the 2020 Olympics in Tokyo - had helped boost year-on-year sales of fresh produce by 19% from May to July to £289m.

Bananas had seen the highest surge, Aldi said, with value sales up 25%, while salad and tomato sales rose by 14% and 15% respectively.

The increase in sales comes on the back of a raft of Olympic-themed marketing by the discounter, with initiatives including TV advertising and in-store activity, plus a £145,000 fresh produce voucher giveaway, and the Get Set to Eat Fresh campaign - featuring ambassadors such as boxer Nicola Adams and taekwondo star Jade Jones - which promotes healthy eating to schoolchildren.

All Team GB members have also benefited from food vouchers in the run-up to the Games in Rio to spend in store.

“We’re incredibly proud to be the first supermarket to partner with Team GB and are delighted that our dedication to fresh, healthy produce has positively impacted Team GB athletes and our customers,” said Aldi joint MD of corporate buying Tony Baines.

The retailer marked the start of the 2016 Rio Olympics last Friday (5 August) by creating a massive mural of the Rio skyline made from its fruit & veg line-up.