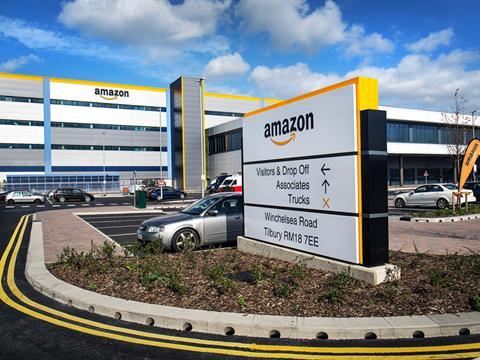 Amazon has announced an overhaul of its supplier delisting practices and payment terms following its recent designation under GSCOP.

The online giant, which has been policed by Adjudicator Mark White since March, having crossed the Competition & Markets Authority’s threshold of £1bn in grocery sales, said it was taking code compliance “very seriously”.

Among the changes Amazon announced, it had introduced a new maximum payment period for suppliers and stopped the process of retrospective increases in suppliers’ payment terms.

It has also reviewed the “process and timeframes” of its controversial policy of CRAP (cannot realise a profit) used to delist brands not seen as financially viable, though it stopped short of any commitments on changes to ­delisting times.

Until now, suppliers have often had to wait as long as 90 days for payment from Amazon, but that is now being slashed to a maximum of 60.

Amazon also promised it would not request improved payment terms for existing grocery suppliers. So if, for example, a vendor was on 30-day payment terms, it would stay there.

For any new suppliers, payment terms will now be capped at 60 days.

In a bid to respond to GSCOP’s outlawing of retrospective variations to supply agreements, Amazon said it had now moved to a policy of starting annual suppliers negotiations for grocery vendors in advance of contract renewal dates and confirming suppliers’ agreement for terms to apply from the start of a new term once the negotiation was complete.

It said it wanted to ensure it was “ transparent with vendors about the timing of any potential changes to terms”.

Backdating of payment terms has been cited by suppliers as one of many concerns over Amazon’s behaviour, as well as short notice and lack of transparency over delists.

Amazon also said it was now ensuring all suppliers had the opportunity to review any delisting decisions with code compliance officer, Alex Simpson, an ex-Asda lawyer.

It has also carried out GSCOP training for its entire UK buying team and is close to completing training for all other staff involved in the process.

Amazon said it was determined to build “successful long-term relationships with our suppliers.”

“Amazon was built on the principle of customer obsession, and since designation, we have already made several changes to our business,” said Simpson.