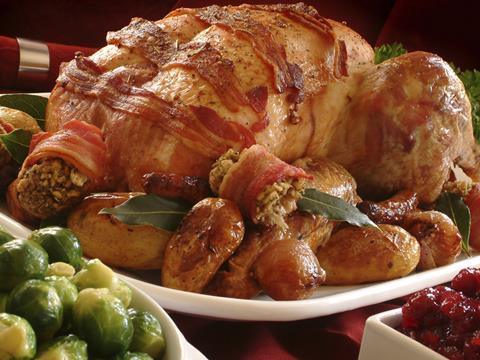 Supermarket sales of products including turkey and Brussels sprouts slumped this Christmas - with industry insiders suggesting the price war has stripped value from some festive favourites.

Industry insiders suggested declines could be attributed to factors such as sales shifting to the discounters - not included in the IRI data - and price competition stripping value.

“Sales of gravy, stock and stuffing held up in the supermarkets while turkey, chicken, beef and gammon were all down, so it seems some shoppers were buying their meat outside of the supermarkets,” said IRI strategic insight director Tim Eales.

In the case of Brussels sprouts, experts suggested consumers were now buying sprouts from a range of retailers including discounters and higher-end stores. Others said volumes had been steady, but price activity had hit value.

“In the lead up to Christmas, we were working 24/7 to keep up with retailer demand for sprouts as we reached the critical supply period,” said Matthew Rawson, chairman of trade body The Brassica Association.

Poultry suppliers said whole turkey sales may have been affected by demand for more convenient products.

“We have also seen a continued increase in preference towards easy-to-cook products at Christmas such as crowns and joints,” said a spokesman for Bernard Matthews, adding it supplied 9% more own-label crowns this year than in 2013. “Added value offerings in crowns and joints, using more interesting stuffings, ingredients and toppings, are also driving growth.”