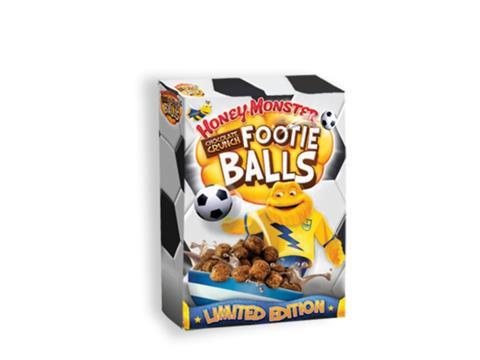 Footie Balls, available now, is a milk chocolate multigrain cereal fortified with vitamins and iron. The on-pack promo offers free half-hour football training and the chance to attend a week-long practice session, and is rolling out now across four million packs of lines including Footie Balls and Sugar Puffs.